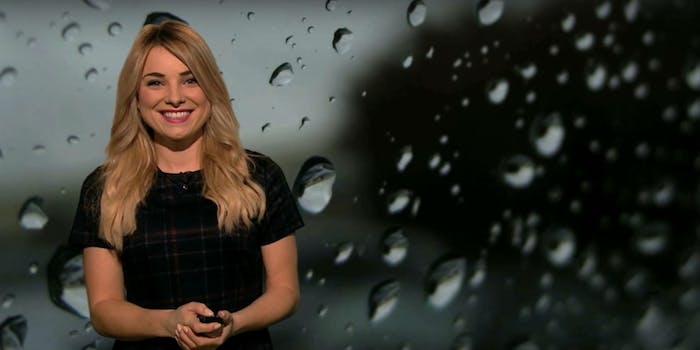 Today is officially Star Wars day in the U.K., and British media outlets are doing their part to spread the excitement and general holiday spirit that seems to be hovering around The Force Awakens.

But we’re pretty sure 5 News, part of London’s Channel 5 network, has a major headstart on the rest of them thanks to this hilarious weather report in which presenter Sian Welby casually drops a string of Star Wars puns. It turns out it’s surprisingly easy to fit an intergalactic space war into a routine look at atmospheric patterns over England.

You know there’s something special happening when it even makes the weather report.