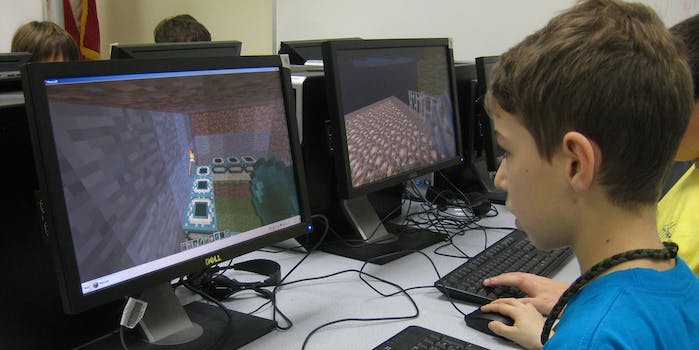 Love PC games? You’re not alone: 37 percent of the U.S. plays too

Admit it, you're playing Solitaire right now, aren't you? Aren't you?

Like other steadily advancing parts of geek culture, gaming culture continues to grow apace. Hard on the heels of research revealing that nearly 60 percent of Americans play games, a new survey indicates that over half of those are logging on from their computers.

But the survey results won’t quell debates over the gender divide in gaming.

The NPD Group, a market research firm, surveyed over 6,000 online respondents over the age of nine about their gamer habits. Of the respondents, 37 percent stated they played computer games for an average of 6.4 hours per week.

The noteworthy statistic, however, is that the survey identified separate gaming categories. “Casual” games were identified as being games that fell outside of the “Core” category.

To a non-gamer or a casual gamer, this may seem like a slight distinction, but it’s actually hugely important. The survey focuses on “core” games as a way of identifying the gamers who are more likely to play games longer. Core gamers also spend more money on games more often than casual gamers.

Unfortunately, this data is precisely what “core” gamers need to arm themselves in the long-leveled, increasingly hostile accusation that women don’t play “real” games or are “fake geek girls.” The statistics bear out the gender divide at work in the distinction between what constitutes a “core” and a “casual” game. According to the survey, Core gamers are mostly men, while Casual gamers are “overwhelmingly female.”

However, as female gaming critics like Anita Sarkeesian have pointed out repeatedly, core games often come with sexist elements that make it dificult for women to enjoy or relate to the experience of playing. And the culture of bullying and harassment for women in gaming is even more alienating.

And while “core” gamers may play games more intensely than other gamers, casual gamers are the majority, comprising 56 percent of PC gamers.

The market researcher conducted the survey as a way to help gaming companies understand and manage expectations of the consumers who buy games.

But it’s left us with more questions than answers:

Is Plants vs Zombies considered a fighter game—or at the very least, a (pea)shooter game?

Does the online version of Mario Kart count as a racing game?

Did all those Flappy Bird MMO players and Twitch users playing Pokemon qualify as “core gamers”?

Obviously, the growing number of casual gamers and women in the industry won’t do anything to quash debates over what makes you a “real” gamer.

But at least we have an encouraging amount of new research to help us argue ceaselessly about it.

Photo via Kevin Jarrett/Flickr (CC BY 2.0)