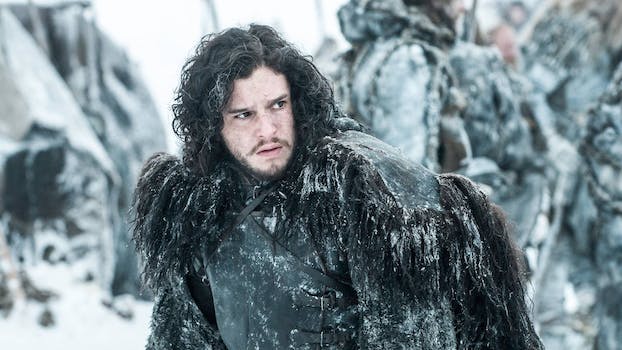 Jon Snow stole the Emmys with this surprisingly funny bit

'Game of Thrones' is now the most-awarded show in Emmy history.

Game of Thrones won big at the Emmy Awards on Sunday, continuing a winning streak that began with the show’s first season in 2011.

The highlight of the night wasn’t actually an award, though. It was Kit Harington‘s surprisingly funny appearance onstage with Andy Samberg.

Harington and Samberg starred together in 7 Days In Hell, a tennis mockumentary that proved Harington is just as good at comedy as he is in Game of Thrones. During the Emmys, they teamed up for a fake montage of awards ceremony highlights.

Jon Snow has a sense of humor! #Emmys pic.twitter.com/97KLLwqkuQ

This year, Game of Thrones brought home 12 awards, including Outstanding Drama Series (for the second year in a row), Outstanding Directing in a Drama Series, and several awards in technical categories like costume design and prosthetic makeup.

This brought the show’s Emmy count up to 38 awards in total, defeating Frasier‘s previous record as the most-awarded show in Emmy history.