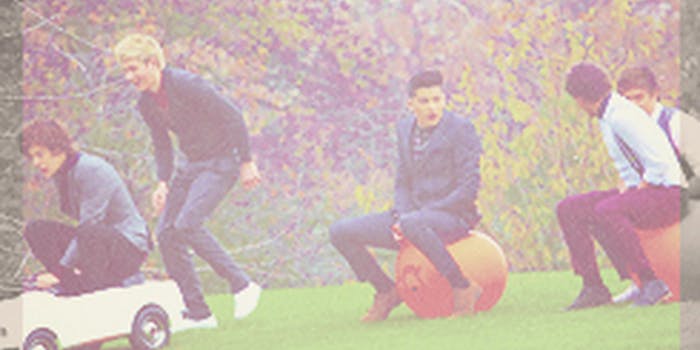 The 10 most popular tags on Tumblr

You'll be surprised at who tops the list on Tumblr.

Tumblr publishes a review of its most popular tags at the end of each year, tracking which celebrities, movies, and memes struck a chord with Tumblr users. In the meantime, we like to check in with Tumblr’s fandometrics page to see what’s trending on a weekly basis.

Tumblr is the spiritual home of Western internet fandom, so the fandometrics charts are a great way to gauge what’s hot. With that in mind, we’ve taken a look at Tumblr’s fandometrics charts for the past four weeks. Some of the results were predictable (of course people love Beyoncé), but others were a lot more surprising.

Captain America: Civil War has been Tumblr’s most popular movie since the second week of April, followed by Zootopia and Deadpool, the surprise superhero hit of 2016. Since Deadpool came out in February, that’s some impressive staying power.

However, the interesting stuff happens lower down in the chart. Older movies like Lord of the Rings, Spirited Away, and Tangled all made their way into the top 20, while Tumblr’s upcoming faves are Ghostbusters and Suicide Squad. The most unexpected addition this month was Christopher Nolan‘s historical drama Dunkirk — until you remember that it stars Harry Styles in his first dramatic role. And Tumblr loves Harry Styles.

Speaking of Harry Styles, One Direction has gradually decreased in popularity over the past few months—on Tumblr, anyway. While 1D fandom remains vocal on Twitter, Tumblr’s favorite musical artist is the Australian pop-rock boyband 5 Seconds of Summer. Although many would argue they’re actually an offshoot of 1D fandom themselves, because they rose to fame after touring with One Direction in 2012.

In the past month, Tumblr also loved the indie pop/hip-hop duo Twenty One Pilots, girl band Fifth Harmony, and (obviously) Taylor Swift and Beyoncé. Apparently Tumblr users’ music taste usually runs toward mainstream pop, with occasional forays into pop-punk like Panic! at the Disco, who retain a persistent fanbase from early-2000s bandom.

If we’ve learned one thing from this month’s fandometrics, it’s that Tumblr loves Sebastian Stan.

The Winter Soldier actor has never really graduated beyond the Marvel Studios franchise, but on Tumblr, he is king. Fans love the emotional sensitivity of his performance in the Captain America trilogy, to the point where he’s consistently more popular than Chris Evans, the main star of the franchise. Stan has been on the number one spot of the Celebrities chart for five weeks, with Chris Evans coming in at number two.

Partly thanks to the release of Civil War, the Celebrity category is currently dominated by Marvel stars: Robert Downey Jr., Chadwick Boseman, Tom Holland, Elizabeth Olsen, Anthony Mackie, and Tom Hiddleston (who wasn’t even in Civil War). The other top spots are taken up by perennial Tumblr fandom faves: Supernatural stars Misha Collins and Jensen Ackles, Hamilton star and social media darling Lin-Manuel Miranda, and The 100‘s Eliza Taylor and Alycia Debnam-Carey. (Most of these actors, you may notice, are known for playing highly shippable characters.)

The only surprising addition is 14-year-old Disney actress Skai Jackson, rocketing up to number three in mid-May due to her Twitter feud with Azealia Banks.

TV is where things get a little more unpredictable, because Tumblr fandom rarely coincides with ratings or critical acclaim. For instance, French CGI animated series Miraculous: Tales of Ladybug & Cat Noir has been trending in Tumblr’s top five TV shows all month, with cult Cartoon Network show Steven Universe in first place. (Steven Universe is beloved for its colorful animation, plethora of female characters, and low-key queer representation, while Tales of Ladybug & Cat Noir features the dynamite combination of superheroes and lovable romantic subtext between the two leads.)

Game of Thrones continues its dominance over all social media by regularly appearing in the top three shows on Tumblr, but you can tell which fandoms have real Tumblr staying-power by seeing how long they keep trending while they’re not on air. Doctor Who and Sherlock are the obvious winners here, while the rest of Tumblr’s TV chart is populated by fandom shows like Shadowhunters, Teen Wolf, and Once Upon a Time — all of which are sci-fi/fantasy series with attractive ensemble casts, inspiring plenty of fanfic and art.

Overwatch and Undertale are the places to be in video game fandom this month, which shouldn’t come as a surprise because they’re both impossible to avoid.

Published by Blizzard in May 2016, first-person shooter Overwatch is already a staple of gaming fandom, gaining traction among everyone from cosplayers to esports fans. Undertale plays to a different audience, but its appeal is equally easy to understand. Originally funded on Kickstarter, Undertale is the little indie RPG that could. Praised for its music (which was also composed by the game’s creator), characterization and storytelling, it was a perfect match for Tumblr fandom.

Aside from Undertale, most of Tumblr’s video game chart is dominated by best sellers like Zelda, The Sims, and Dragon Age: Inquisition. The only other indie that got much traction over the past month is Stardew Valley, a farming simulator that is currently selling very well on Steam.

British YouTube stars and radio presenters Dan and Phil are the reigning stars of Tumblr’s internet celebrity fandom, and we’d love to know what they think of their fandometrics chart placement: Dan Howell has been ranked at no. 1 all month, while his partner Phil Lester is at number two. What gives, Phil fans?

Let’s Play vloggers Markiplier and Jacksepticeye both rank consistently in the top five, joined by the cult storytelling phenomenon Homestuck (which ended earlier this year, but whose fandom is still going strong), and Rooster Teeth‘s animated series RWBY.

Most of Tumblr’s trending internet fandoms are people like PewDiePie or dramas like Welcome To Night Vale, which already have millions of fans, but there are a couple of exceptions. In particular, the homegrown Tumblr webcomic Check, Please! is now popular enough to trend in the top 20, proving that a romcom about queer college hockey players can outstrip YouTube channels with millions of subscribers.