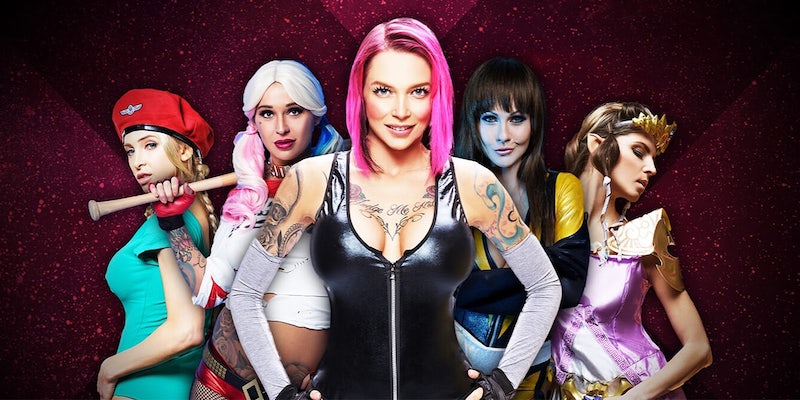 Put on your goggles.

How much does VR Cosplay X cost?

Considering how high budget this content feels, membership to VR Cosplay X is remarkably reasonable. The standard monthly subscription to VR Cosplay X costs $28.95 per month, which is less than some leading mainstream sites. A full year will set you back $138. While the annual fee is billed all at once, it comes out to only $11.50 per month.

If you’re looking for a deal, the site has occasional sales throughout the year. It’s possible to get a full year for $71.40—or just $5.95 per month—if you hit the site at the right time.

VR Cosplay already has an impressive library of content to choose from. While other sites might have more scenes, no one else offers this much cosplay variety. With over 190 scenes and more added each week, there’s plenty to watch. Each scene involves a different pop culture character, so you’ll never get that frustrating feeling watching a scene and feeling like you’ve already seen it.

Well, provided they got a good dry cleaning first.

3. Incredible attention to detail in scenes

Given that VR Cosplay X has only been around for a few years, we’re impressed by its diverse range of talent. What’s more, the site takes a colorblind approach to casting. If you’ve ever fantasized about a Black Wonder Woman, you’re in luck. For the most part, the performers look exactly like their characters, but when the site throws a curveball, it’s a welcome one.

5. Willing to get weird for the sake of the art

We’re not judging, but watching Dorothy from The Wizard of Oz bang the Tin Man is a little strange. Meanwhile, a scene in which the toys from Toy Story make whoopee could ruin your childhood forever.

But that’s part of the joy of VR Cosplay X: You never know exactly what it’s going to throw you next. While it largely focuses on mainstream properties, it’s a real treat when VR Cosplay X digs deep and pulls out a parody of From Dusk ‘Til Dawn or She-Ra.

What are the cons of VR Cosplay X?

At its most basic level, cosplay is about fetishization. Those norms can be fun for a site like VR Cosplay X to play with. But when the sexy scene in question includes characters like Jasmine from Aladdin or Pocahontas, it’s worth pausing to consider the racial and power dynamics at play.

Thankfully, its more problematic content amounts to just a fraction of what VR Cosplay X offers, but we’d be remiss not to mention it. Buyer beware.

3. One update a week

VR Cosplay X only updates once a week. Given how complicated these shoots must be, that’s a minor complaint, but it’s one fans should take into consideration. The lack of new content leaves users to peruse the back catalog while they wait for more. The scenes that are available are long, beautiful, and worth repeat viewings, but if you demand a steady flow of new content, you might be frustrated.

Is VR Cosplay X worth it?