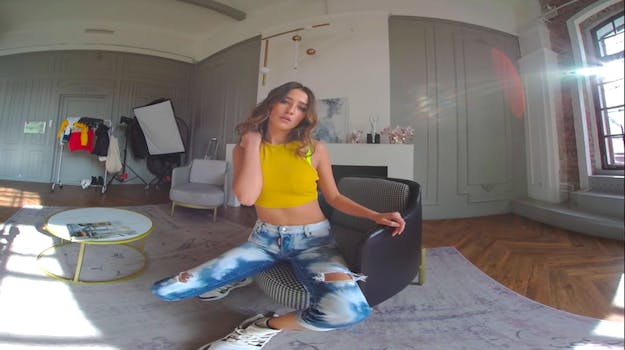 StasyQ VR brings the softcore sensuality of Playboy to VR

Is it worth your money? Here’s everything you need to about StasyQ VR.

How much does StasyQ VR cost?

2) Four updates each month with over 150 scenes already waiting

StasyQ VR makes sure you get your money’s worth each month with a new update each week. Individual scenes average around 11 to 15 minutes, each filmed in a beautiful studio, apartment, or home. This gives StasyQ VR scenes a sense that you’re watching these women in the space they live in, frolicking freely as they strip down. Once you’ve worked your way through the new scenes, over 150 more are waiting in the library. StasyQ VR offers users plenty of content, both old and new. For softcore fans, this site is a VR godsend.

StasyQ VR plays nice with almost everyone, so don’t worry about whether your favorite VR device is covered. You’ll find support for Gear VR, Daydream, Oculus Go, Google Cardboard, Oculus, Vive, PlayStation VR, and more. It also includes a host of different resolutions, so if you don’t have a 4K device, you don’t have to waste storage on content you can’t get the most out of.

What are the drawbacks of a StasyQ VR membership?

1) Too tame for hardcore fans

The content might be incredible, but if you want hardcore action will find this site too tame for your needs. There’s no sex here, even in the scenes featuring multiple performers. You’ll see beautiful women kiss a little, but don’t expect anything resembling sex. This is closer to Playboy than it is Penthouse.

Given there are no specific sex acts to search, we understand why there isn’t tagging or search on StasyQ Vr. However, it would be nice to be able to find scenes starring redheads or blondes, or performers with tattoos. If you’re going to be a site focused on niche content, make sure you offer an easy way for people to explore that niche.

If you enjoy skinny white women with small or large breasts, StasyQ models will thrill you because they all fit the bill. It feels strange to find just limited racial and bodily variety on a site that doesn’t even feature hardcore action. The world is full of stunningly beautiful models of all races, sizes, and dimensions. We hope in the future it expands what sorts of models it hires.