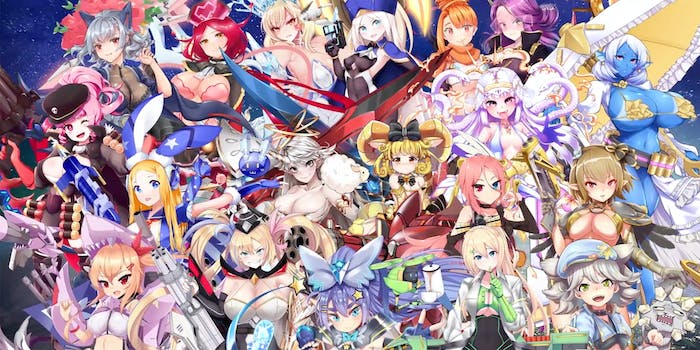 Nutaku is the only online adult gaming platform you need

Occasionally, we all want an escape from the real world. If you’re looking for a good one, there’s no better way to do that than by immersing yourself in Nutaku games.

Nutaku is not only one of the world’s largest resource for adult games, it has become one of the largest free sex games platforms in the world. Over the last few years, Nutaku has created a flourishing gaming community. It has also partnered with global developers to bring these games to the masses.

If you think that sounds wild, wait until you hear this: the site has only been around for a handful of years. It originally launched in 2015 with only three games. Lord of Valkyrie, Luv Bingo, and Luv Slot helped Nutaku find its wings and its fan base. In only five years, this ever-expanding platform now boasts over 150 games!

Here’s how it works: any of the online sex games can be accessed for free on the Nutaku app. Nutaku games can also be played for free on any web browser. But in order to unlock their full potential, you’ll have to shell out a couple of dollars for the game items and upgrades using Nutaku gold.

The good news here is that Nutaku has made sure its players have options. When it comes to how much you want to monetarily part with in order to enjoy the experience to the fullest, the Nutaku gold packages are pretty flexible. Users can choose to spend anywhere from $5 to $300 on coins that can then be cashed in for premium game access and other extras, kind of like a digital streaming arcade. Another option would be purchasing games to download. Some Nutaku games are available to download and play for free, while others run anywhere from $1 to $50. Consider Nutaku the erotic version of Nintendo Switch’s eShop. Usually the only games worth your while are the ones you have to pay for. However, you’ll be pleasantly surprised every now and then to find a free game that is perfectly splendid!

If you’re not ready to part with your cash before you try out the goods, rest assured that Nutaku has thought of it all. Upon registering for the free membership, Nutaku will send you 100 coins after you verify your email. These can be used towards any game on the site. And if after you try out some games you decide the platform is for you, your first purchase of Nutaku gold is 50% off.

If you’re looking for a reputable site that produces top-notch games created by some of the best innovators and developers out there, then you should stop your search now. There are a couple of features that Nutaku brings to the table that other gaming sites just can’t.

Many Nutaku games are exclusive to the site

The site won’t crash your system

If you’re not too worried about the security of your laptop data, the lack of crashes might not be enough to sell you on Nutaku. But the animations and scope of titles available on the platform will definitely seal the deal. Members can choose from RPG sex games, sex simulation games, visual novels, and more! Picking a game might seem like a daunting task until you realize that coupling your desired genre with the many searchable tags makes it easy.

My biggest qualm with this platform is the sheer amount of games only available for Nutaku Android users. When mobile gaming makes up almost 50% of the gaming industry, and iOS users are poised to overtake the gaming revenue split by more than 6% in 2022, you’d think there would be more options to choose from. But, no. Only 14 of the titles are available for iOS users. This is a huge issue for me an iPhone user. I like to play mobile games just as much as the next person, but with Nutaku I’m forced to rely on my laptop.

Is Nutaku worth it?