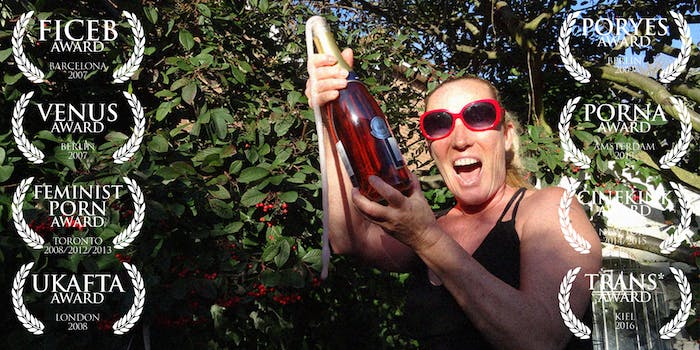 What is Cinema Joy?

Unfortunately, while many sites offer trial periods for free, Cinema Joy does not offer that. I’m not too upset about it, as the roster of directors and performers speak for themselves, but it would definitely be a welcome addition.

That said, the payment methods accepted by Cinema Joy might just make up for the lack of free trial. Users can purchase a membership with a credit or debit card, PayPal, and––wait for it––any major brand gift card. Got any old Starbucks cards laying around? Put them to good use and snag yourself a Cinema Joy membership!

Aside from the various award-winning films directed by Petra herself, Cinema Joy is littered with diverse titles from highly acclaimed directors and performers. Love Your Cunt, the multi-awarded film by directors altShift, films by Shine Lousie Huston including some from her fan-favorite “Crash Pad Series”, and Its My Birthday from age-positive director Morgana Muses are just a few of the top-shelf offerings that Cinema Joy brings to the table.

Choose how you want to watch: by scene or full-length film

Is Cinema Joy worth it?