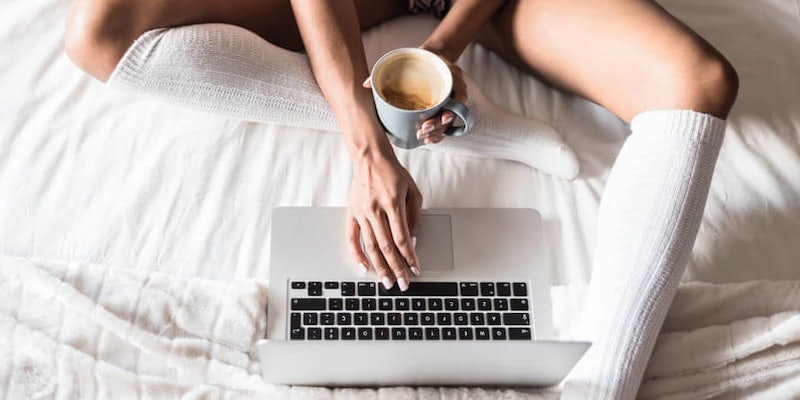 What is Chaturbate? My adventures in camworld

Chaturbate seems like a dream to a sex-positive, constantly broke millennial: harnessing the power of your orgasm in exchange for money.

Even though I had these feelings, I decided there was one way for me to learn more: interacting with a model myself. And so I logged into the world of Chaturbate.

How much does Chaturbate cost?

Chaturbate is one of the top go-to destinations for live cam chatting online. It boasts the most new performers of any live cam site of its type and a wide array of models serving a variety of different specialized interests, which can be explored through the websites tags. The setup of the site isn’t immediately intuitive— the layout seems a little dated compared to Jasmin, but the body and gender diversity in models is greater. While the larger selection of models is a plus, many are clearly new to camming, and their unsophisticated images/sound quality unfortunately dissuaded me from sticking around some rooms, even when I really liked the performer. Poor quality streaming that lags or cuts out is a tease–and not the good kind.

Since I’m interested in BDSM, I started by clicking performers who used the hashtag in their profile description. I came across one sitting on the edge of her bed in a gorgeous black vinyl bustier slurping down a bowl of pho and absentmindedly singing along to Matchbox 20’s “If You’re Gone.” Suddenly, my discomfort with the whole process vanished. Noodles? A backdrop wall full of paddles, whips, and shelves adorned with sex toys? Questionable music choices from the early 2000s? This very well could have been my bedroom, and this profoundly homogeneous experience helped melt the wall of sexual shame between me and an authentically enjoyable cam model experience.

After that, my search for a model was more enthusiastic. Chaturbate offers pages upon pages of tags, but the only drop-down menus offering subcategories exist under the headers male, female, couples, and trans. This could be an issue if you, like me, strongly identify as anything outside these definitions. I identify as pansexual–if you’re hot, charming, and giving me a good show, you could have a tentacle in your pants for all I care (in fact, if you do, call me, I’m into it.) I’m also to attracted to people who, like me, present as gender-nonconforming, but it doesn’t seem like Chaturbate has the language or interface available for me to search performers who identify with that criteria. I did come across one room featuring two non-binary performers under the “trans” category, but there weren’t any specific hashtags to identify them as such in their profile, and I only know that they were enbies (cute slang for non-binary people) because they used “they/them” pronouns to refer to each other.

How do Chaturbate models get paid?

I tried to be very mindful of this when dropping in on various rooms shopping around for a cam model whose performance I enjoyed. I had a difficult time choosing a performer; each page is framed by X-rated ads, and features rows of performers in close-to real-time, like a giphy search page for genitalia and sex faces. It quickly went from jarring to overstimulating, and I couldn’t shake the feeling of intrusion each time I popped into a room to click around and try to figure out what I was looking for.

Bottom line, I wanted someone who I was attracted to and who genuinely seemed to derive pleasure from the acts they were being tipped to perform. As expected, many submissive rooms, particularly rooms with couples, featured women and femmes looking problematically uncomfortable. As a viewer, my big O can’t flourish under the weight of unenthusiastic consent. I can’t speak to the performers’ mindsets, but I can say I navigated away from a fair percentage of the rooms–easily over half– for this reason.

If I chose to use Chaturbate as a performer, I might consider the kind of show that I am interested in seeing: wearing gender non-conforming costumes and underwear, adopting sexual mannerisms, roleplaying, or props that challenge the traditionally female-associated body parts I’ve had from birth. It feels disrespectful to label myself as trans and broadcast myself to the world in that way because that isn’t my experience, but neither is that of a cis-female.

What does Chaturbate cost?

For less than $20/month, you can enjoy Chaturbate without ads, private messages, and other customizable features. $11 gets you 100 tokens, and for those 100 tokens, the model will make $5. Tipping tends to beget more tipping; tip menus tell you what actions they will perform in exchange for tips, and these actions attract more attendance and participation.

I finally found a model— a lace-clad sub with cat-eye glasses, an Eastern-European Rachel Weisz vibe, and a penchant for bondage and self-spanking. From there, it took a little while to figure out the tipping system— I bought 300 tokens for roughly $33, and was determined to spend them in a way that was most beneficial to my experience as well as the model’s. This is where tip menus become very helpful. Most models perform with the Lovense toys, which respond directly to tips left in the chatroom by vibrating at different intensities. From there, models can specify different activities they will perform in exchange for token tips.

After reading my chosen model’s profile and watching the chat for a few minutes, she was still in a sort of standby mode: finding innocuous activities to make herself look appealing to surfers like myself. I kicked things off with a 45-token tip in exchange for the performer to bind herself for 10 minutes, which I thought was very equitable for all parties involved. Once she had thanked me, she shackled her wrists to her ankles and fixed the ball-gag in her mouth, and we were off to the races! Thanks to the magic of the giphy-style Chaturbate preview screens, multiple viewers appeared in the room and the tips started, activating the toy and inciting more intensity in her performance.

During a lull between tip-menu tasks, I paid 33 points for a private message, mostly because I didn’t quite understand what it was or how it worked— but we just chatted casually about it being my first time in a chatroom, and, in a default awkward female move, I fell back on complimenting her outfit, which, to be fair, was really cute. I don’t know that tipping for a PM is something I would continue to do in the future (the room chat seems like a perfectly good place to say “Nice shoes! I love the way they look behind your shoulders like that!” but the reactive exchange factor of chatting with your performer gave me a treat-yoself, catered-to vibe that was new and exciting, while feeling safe and fair for both user and performer.

Is Chaturbate worth it?

I closed the evening with thanking the performer again (in the form of tips, because money talks, people). I was satisfied to see the growth in viewership over my time there, and enjoyed how the momentum of more viewers and more tips benefited everyone involved, like some big, smutty symbiosis. If watching porn is like renting a $4 movie on Amazon Prime, then spending an evening with a cam performer is taking myself to the fancy drive-in and ordering a pile of snacks from the concession stand. Is my pleasure worth the treat of real human interaction? Absolutely! Are the performers worth your consideration and tips? Most definitely.