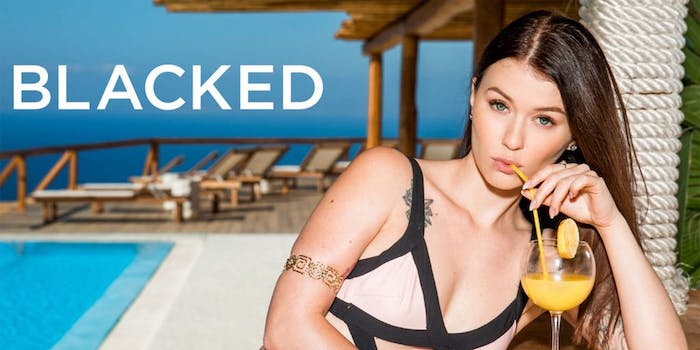 Is a Blacked.com membership worth it?

It features Black men and white women and little else—but it has grown into one of the biggest sites on Earth.

What’s included with a Blacked membership?

Blacked launched in 2014, so it has built up quite an expansive library over the years. There are over 160 hours of HD content on Blacked, ensuring you’ll probably never run out of videos to watch. And if you do run out, at least know you got your money’s worth out of your subscription.

Blacked can often feel repetitive. While it often goes out of its way to respect the male talent, ultimately lots of scenes wind up being some variation of the same thing. It’s a fetish site, so this makes sense. Of course, this may just be an issue if you care about the plot.

2) Lack of diversity in female performers

We know Blacked is playing to the fetish of white women having sex with Black men. That’s clear in the title and site description. We commend Blacked for having a few videos that include women of color in threesomes. Every performer on Blacked is beautiful. But it would be nice to see more kinds of beauty on display, even if just in group sex situations.

Is Blacked worth it?