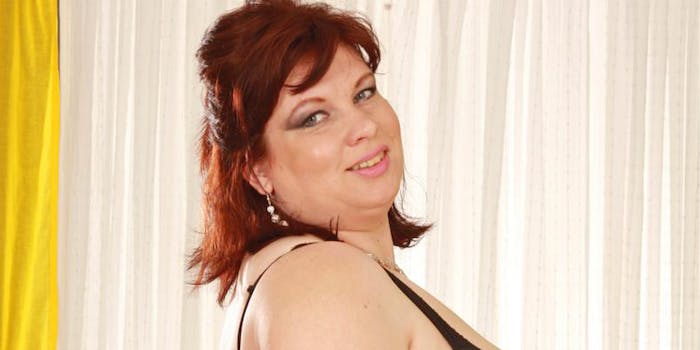 The discrimination that comes with fat-shaming is unique in two distinct ways. First, the word “fat” seems to refer to any person larger than the media’s favorite size two “it” model. And second, when you take into account that the average size of women in the US is between 16 and 18, you understand that it’s actually the majority of women that are being shamed into feeling less than.

The silver lining? An army of femme influencers has reclaimed the word for themselves and now (finally) companies are marketing to them.

Holding space for performers that would be hidden elsewhere is what takes the cake at this site. It’s unapologetically sexy and long overdue. The fact that this would be considered a “niche” instead of a norm is the only problem I have with this. People come in all shapes and sizes.

And if they want to, they have sex. So to push the bigger performers (especially the women) to an entirely exclusive site isn’t what does it for me. But having that true-to-life content included in partnerships with larger studios like Adult Time is definitely a win.

The lack of updates is bad as it is. Add onto that the site’s promise of “multiple daily network scene and picture updates” and you’ve got yourself a sticky situation. While the site isn’t technically lying, the Fame Digital network probably does update its other studios daily.

Some, not all but some of the videos, feature fatphobic titles or descriptions. This is such a shame because the studio does so many other things well. But making titles like “This isn’t the Hunger Games” and “Fatzilla” for films that feature fat performers just doesn’t sit right with me.

Sploshing and other food-related fetishes are separate from fat performers. And using large bodies to promote such niche interests not only harmfully perpetuates negative stereotypes, but it’s also an incredibly tired trope.

When the site’s saving grace is Adult Time, which subscription do you go for? I’d opt for joining through Adult Time, this way you can ensure your money is being used to help pay for new content.