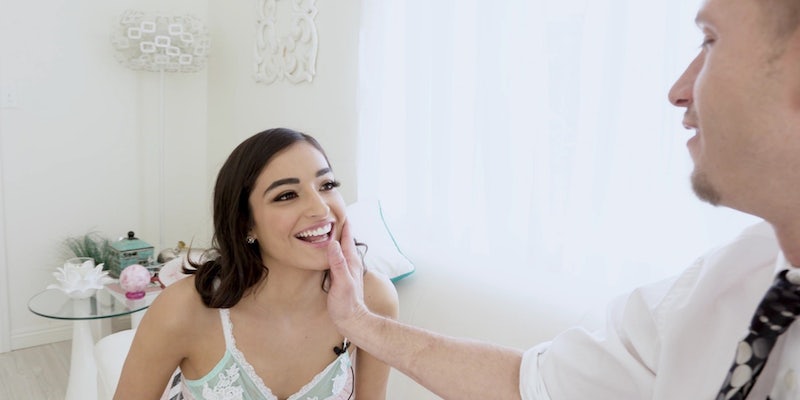 It’s a great way to ensure that subscription costs can stay affordable while still giving members the freedom to choose!

The site is dedicated to its hardcore niche

You’ll be supporting a studio that’s had serious, unresolved accusations of abuse made against it

Over the years, Evil Angel and its directors have come under fire for allegations of sexual misconduct on set. (Which Evil Angel denies). Most recently though, the studio decided to re-sew its ties with James Deen–the adult entertainer accused of rape and abuse by over a dozen women.

Back in 2015, adult film star Stoya and several other women accused Deen of physical and sexual abuse both on and offset. (Deen also denies any wrongdoing, calling the accusations “egregious” and “false”). In reaction to this, Evil Angel (as well as numerous other studios) cut ties with Deen. But in the eyes of this studio, a few years of the cold shoulder is enough penitentiary punishment for the star as they welcomed him back in 2019 with open arms–and a starring role in the film “Consent.”

In the UK, there are actually laws regulating what type of pornographic acts performers are and aren’t allowed to engage in. This isn’t to censor anyone’s kinks, but rather, to protect the health and agency of the performers. According to the Criminal Justice and Immigration Act 2008, an act that threatens a person’s life, results (or is likely to result) in serious injury to a person’s anus, breasts, or genitals, an act which involves or appears to involve sexual interference with a human corpse, or a person performing or appearing to perform an act of intercourse or oral sex with an animal (whether dead or alive), is not allowed to be produced. These examples are considered “grossly offensive, disgusting or otherwise of an obscene character“ and it applies to staged acts even if the participants consented.