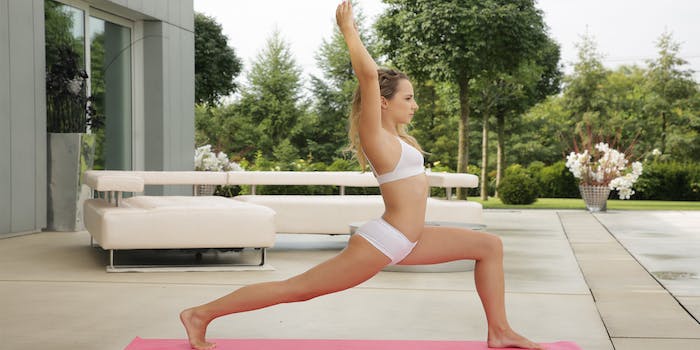 Wondering where the “21” in the name comes from? This studio was created by the award-winning European adult entertainment company, 21Sextury Network. It’s now an Adult Time partner, too! So if you already have an Adult Time membership or are thinking of signing up for 21Naturals, it’s worth noting that access to one site unlocks both!

21Naturals isn’t free but the cost to join isn’t exorbitantly high, either.

This is a deal that’s hard to pass up no matter how you look at it. 21Naturals has quite a bit of content under its belt, sporting a little over 1,000 videos all on its own. Amongst the content featured on 21Naturals, you’ll find a healthy serving of its studio-grown series. Casually Gorgeous with Tiffany Tatum, She’s Never Boring with Veronica Teal, and Sunning Muse with Sybil are some of the site’s newest and most popular series right now.

And if by any chance you find yourself craving something a little different, have no fear. Partnered with the Adult Time Network, members also have access to the entire Adult Time library. What was once a little over 1,000 videos, is now somewhere around 50,000! You can be sure that whatever your proclivity, Adult Time will have it all.

No deviation the site’s dedicated theme of natural beauty

While we understand that this is a predominantly European site, that really isn’t much of an excuse. The lack of model diversity found at 21Naturals is pretty shocking. Considering this is a sub-studio of one of the largest adult film sites on the internet, you would think more than a handful of videos would feature BIPOC performers. I suggest that 21Naturals look into expanding its cast members. At the end of the day, featuring performers of all backgrounds, body types, ages, and races shouldn’t be that hard for a studio of this size!

Take more care in the jargon used on site

However, Adult Time and its partners still use problematic and upsetting jargon that I believe should be discarded. Phrases like “We feature mostly younger, innocent looking teens” do nothing to bolster the network’s amazing reputation. Instead, these phrases “normalize” the idea that it’s okay for someone to find teenagers attractive (it’s not). It also reinforces the idea that women are only valued by their youthfulness and it can lead less knowledgeable members astray. I would recommend a rewrite of these text boxes to make sure that there’s nothing suggestive on the site. This way, the message that is being sent out to members and potential members actually matches up with the site’s intentions.

Is 21Naturals worth it?

In my opinion, any site affiliated with Adult Time is usually worth the membership. However, 21Naturals itself, apart from its partners, is also a gold mine of amazing content. From the execution of themes to the plethora of content available and the amount of new stuff released each week, 21Naturals is for the people who appreciate nature’s original design.