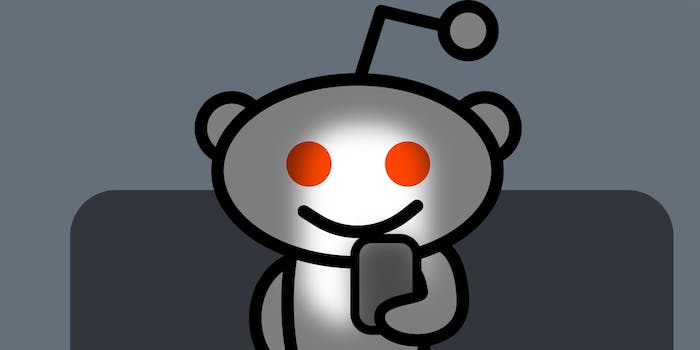 Once you get a little older, it’s nice to see people your own age. GoneWild30Plus offers a supportive community for women over the age of 30 (though it typically tops out with women in their 50s) to post nude or just flattering, sexy Reddit photos. If you’re looking to see women with their partners, check out r/gonewildcouples, and if you want to delve deeper into discussions, head over to r/SexOver30.

It’s the best-kept secret in amateur pornography on the internet. That is, if you can still count a subreddit with nearly a million subscribers or occasional visitors as a secret. Reddit Gonewild has fostered a deeply supportive community, with regulars and a dedicated pack of commenters. Reddit’s Gonewild allows people to safely explore their exhibitionist tendencies, but it’s basically just women.

PetiteGoneWild, according to its apt description, is a place for women who are in some way short, skinny, or small to post pics of themselves “showing it off in a comfortable environment without pressure.” It’s all about women’s submissions here, so no luck if you’re looking for men.

GoneWildNerdy is a beautiful crossover of some of the things that make Reddit, well, Reddit. It’s not just cosplaying, either. This GoneWild subreddit features tons of photos of self-described geeks setting down the gaming controllers, and letting their hair down, too.

If you’ve ever felt your explicit content is missing something, it might be people who look happy. This NSFW sub is frequently updated, but it isn’t particularly diverse and features pretty much only topless or naked women smiling (not that that’s a bad thing).

If you’re into watching real couples getting busy for real, you’ll like r/girlsinlove. The sub specifically bans promotional posts, videos with men in them, fake lesbians, and any suggestive or underage content.

This subreddit exists for transgender redditors to go wild and post their nude bodies in a safe, NSFW environment. Users who misgender, harass, or exhibit otherwise transphobic behavior will be banned per the sub’s rules.

Sexy R-rated films have yet to see their day in the sun. This is where r/WatchItForThePlot comes in—to a point. Basically, it’s the exact opposite of its subreddit name and it’s totally genius.

Well, the subreddit name alone should give you an idea of what you’re getting into here, and it’s one of the most popular NSFW subs on the site. Looking for guys? Worry not, there is also, unsurprisingly, a subreddit for that.

The final entry in our Reddit NSFW list, r/ladybonersgw is a place for an audience of mostly straight women (though there’s nothing that bans anyone else) to ogle the male body. The thing is, these sexy Reddit submissions are from men. So it’s not exactly all about the female gaze, but we’re getting closer.