These men are exploring their horizons. 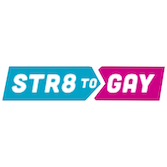 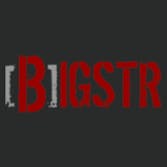 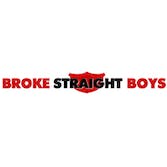 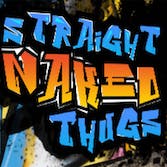 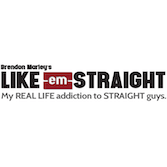 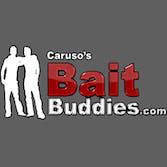 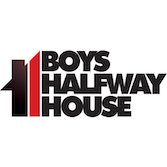 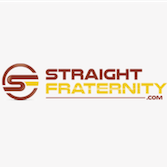 The imaginative direction makes this site’s collection particularly hot, and the quality of the performers is top-notch. New uploads are on a schedule that’s somewhat hard to predict, though, so you may find yourself waiting impatiently for more.

BIGSTR is actually a combination of three separate eastern European sites, but all three have straight first-timers as a unifying theme. Whether they’re being offered money to pay off a debt, an opportunity to apply to a job, or just accosted on the street, the models all seem ready and willing to strip down and play with a man for (what they say is) the first time.

With a point-of-view style that feels sometimes artsy and sometimes awkward, the videos highlight a wide variety of amateurs and setups. You might be tempted to skip right to the sex, but for many viewers, the tantalizing tension of first time gay persuasion is all part of the pleasure.

The most fun videos on Broke Straight Boys are the ones that involve a bit of persuasion. An off-screen voice offers cash, or there’s a convincing argument that the “straight” performers will enjoy a little gay experience. Whether they’re actually queer in real life doesn’t matter; the scenarios that are set up are a real delight. The performers are mostly in their 20s, but their body types vary, and you get lots of combinations teaming up to learn something new about what they’re capable of when their clothes come off.

Of course, in real life, it’s deeply unethical to pressure someone into having sex they don’t want to have. But sites like these construct a forbidden fantasy where you can pretend you’re watching a taboo being broken, safe in the knowledge that the guys are really pros.

Don’t be turned off by this site’s weirdly broken aesthetic. Despite the fact that it looks like someone’s first webpage from the mid-’90s, it’s current and still updating with surprisingly good videos despite the low-quality web design.

You should be wary of any site that uses terms like “thug” as a dog whistle for racist tropes, but Straight Naked Thugs seems to dodge that sort of thing by featuring a diverse range of bad boys. These men all have intense naughty attitude, and an amateur vibe that makes it easy to believe they truly are having gay sex for the first time. Often, that amounts to mutual jacking off or limited contact, but sometimes they fully go for it with an enthusiasm that’s a blast to watch. Some models even seem delighted and shocked by how much fun they’re having, to which we say, “congratulations.”

Like Em Straight has been going strong for over a decade, and the site is known for prioritizing high-quality casting with actual heterosexuals who look fantastic. You won’t see any established professionals here; these guys seem like they’re genuinely experimenting with jerk off sessions, one-on-one play at both ends, and even the occasional group scene involving more than one gender. Everyone seems to be having a great time, and if the men thought they were straight when they signed up, they might have second thoughts after the camera turns off.

Bad boys are welcome at Boys Halfway House. Naughty troublemakers face a choice: Either go to jail or spend some time cooped up at this institution for “reform.” But, oh dear, they might have gotten into a bit more trouble than they expected, because the Halfway House has rules—lots of them— and the guys running the place are strict disciplinarians.

Every video is shot from the point of view of the staff, so the gaze is fixed squarely on the young man who’s run afoul of the rules. They’re mostly young, mostly amateur, and they all have the compelling look of someone who you’d expect to find in trouble with the law. Without fail, they manage to break a rule and must take a supervisor’s dick or else be reported and sent to jail. The sex is raunchy and raw with plenty of verbal abuse and domination, and the acting is good enough that you can believe these guys are experiencing gay sex for the first time.

Of course, the reality of the American carceral state and prison industrial complex is about as unsexy and unethical as it gets, and in real life, it calls for reform and revolution. But this site is rooted firmly in fantasy.

Production values are surprisingly high on this site, as are the physiques. Straight Fraternity is good enough to include a diverse range of bodies and ethnic backgrounds as well as ages. A few of the faces might be familiar from other porn titles, so it’s debatable whether they’re really “straight,” but most of the guys seem like newcomers who are learning as they go. Despite having that amateur look, they’re talented enough to put on a great show on their own, experimenting with new orientations, or diving eagerly into a group. The audition scenes are particularly fun, especially when the guys find themselves invited to try something kinkier than vanilla sex.

There’s something just irresistibly adorable about the look of surprise on some of these models’ faces. They look genuinely startled by the situation they seem to have found themselves in. After a production hiatus of a few years, the site’s under new management and churning out new material. As with many sites in this genre, the guys look like amateurs, which means they’re not exactly the buffed and polished bodies you might see in more mainstream porn. If that’s a plus for you, you’re in luck. The guys talk a bit about their stereotypically heterosexual interests and their girlfriends, but they bring enough energy to the raunchy sex scenes that they might not be as straight as they thought they were.

My Husband is Gay

The videos on this site all have a similar setup: A straight married man is about to try gay sex for the first time, whether at his wife’s request or because his marriage is in trouble. Each one has a different cliche setup, like two “straight” friends getting closer than they expected or talking about their respective marriages. Soon they’re naked and sliding around each other’s bodies. Membership comes with passes to several other sites in the Phoenixxx network, which is a huge plus. You get your money’s worth and more.

JOIN MY HUSBAND IS GAY