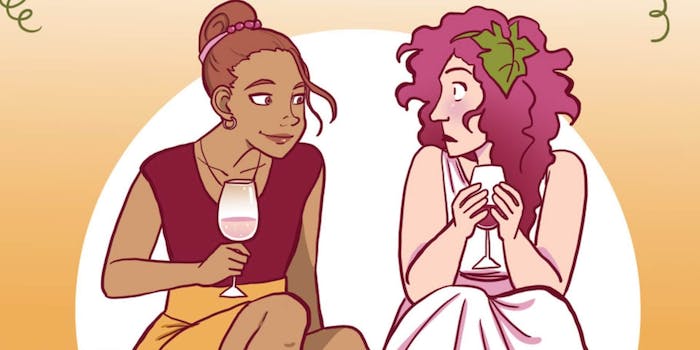 From furries to cute trans girls, dive into a world of smut comics.

To get started, Filthy Figments hosts multiple membership options. The lowest payment plan costs $16.99 for 30 days and then $8.99 recurring monthly. After joining the site, Filthy Figments members gain access to all of the site’s comics indefinitely (or until they decide to unsubscribe).

Whether it’s Smut Peddler or another comic you’re after, you don’t have to commit to a subscription. Iron Circus Comics’ NSFW titles are available for individual purchase. Best of all, you can choose the format, from a digital rights-free PDF (starting at $5) that you can download immediately to a hardcover book (up to $65).

To get started, we recommend checking out these NSFW creators: Bramble makes “soft, sensual, kinky, and sweet erotica” with subscription tiers starting at $1 monthly. SakimiChan specializes in yaoi and yuri and, if you’re interested in creating comics yourself, offers tutorials with the NSFW-access tiers starting at $7 per month. Gay furry lovers should check out Catsu, whose $2 per month subscription offers early access to comics. Mel Valentine offers exclusive NSFW content of “LGBTQ cuties” and people of color for $5 per month. Finally, Starstar Party has a passion for “drawin’ dicks” and offers NSFW content for $5 per month.