Sadly, many of those sites go no further than stuffing a model into an Army t-shirt and hoping that’s enough. That may be good enough for a general audience, but aficionados of the genre will likely want a bit more. Whether it’s on-location shoots, interviews with real service members, or storylines, there are many ways to make the most of a boot camp setting. 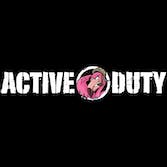 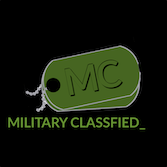 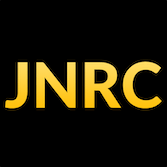 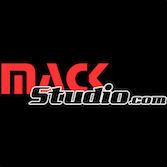 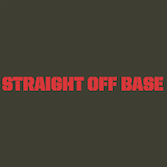 Straight Off Base
Visit Site 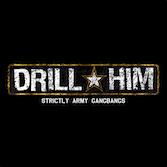 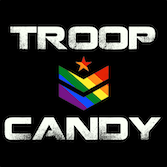 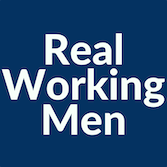 A reliable old standby, Active Duty places sex scenes in bunkers and tents and dorms, with handsome models that are a treat for the eye. What’s not so appealing is the set decoration or production values, which leave a bit to be desired. Occasionally, the mise en scene is so plain that it distracts from the action. But hey, who cares about that stuff when there are naughty romps to be had?

Updates are surprisingly frequent, and the streaming-only option is a real steal at around $11 a month.

The lack of subtitles may present a challenge to some viewers, but others may find the variety of languages hot. And the backend tech is quite robust, which means you’re unlikely to run into technical glitches that’ll spoil the mood.

You may balk at the price, though. At around $50/month for unlimited streaming, membership is a bit pricey. But that does come with access to a bunch of other sites with various themes, so you may find yourself enjoying the package deal.

If you’re looking to get down and dirty, Marcus Mack’s work might be just what you’re looking for. This site collects scenes from a series of videos produced several years ago, adding to the archive every week or two with new uploads.

You’ll find rough sex, watersports, dirty public banging, and all sorts of raunchy setups. With mostly-European models, many of the faces may be brand new to you.

Membership costs around $60/month, but you’ll get access to over two dozen other Studio Presse sites. Is that a good deal or a bad deal? That depends on your tastes, as the offerings are a real hodge-podge of different tones and genres. With over 12,000 videos, you’re likely to find something you like even if you didn’t expect to.

This site collects videos recorded over the last 30 years, and as a result, some of them have a sort of look that could charitably be called “vintage.” There’s no mistaking the video quality of a shot that dates back to sometime in the ‘90s, and that can be a little distracting.

That said, Straight Off Base doesn’t disappoint when it comes to recruiting real (or at least, real-looking) military men for fun sexy times. The models look and behave as though they’re real service members, which really helps the viewer engage with the scene.

Alas, some of the videos seem to appear on other sites, which means Straight Off Base is not exactly the exclusive deal that some viewers might want. But for memberships as low as $16/month if you buy in bulk, exclusivity might not matter as much as simply catching a glimpse of hot military men, and the site certainly delivers.

JOIN STRAIGHT OFF BASE

It’s also a pleasure to see just how gruff and aggressive the models can be, shouting orders at low-ranking recruits and roughly shoving them around. The settings are just military enough for you to pretend that it’s actually shot on-location—which it almost surely is not.

Unfortunately, the selection is a bit limited, with a catalog that seems to have only a few dozen titles to choose from. The content doesn’t appear to be particularly new, either, so future updates may be unlikely.

Nevertheless, group scenes like these are often hard to find on other military sites, so Drill Him provides a thrill that few others are able to offer.

The videos have actual military-themed premises. It’s not just two guys in a hotel room with some camouflage draped over a chair; these videos actually set up military scenarios like a group showering scene, basic training, and guys messing around in barracks.

The site offers a two-day trial membership for just a dollar, so it’s hard to go wrong with this one.

Here you’ll find soldiers mixed in with cops, delivery guys, and new recruits. The emphasis is on bondage here, so expect to see a lot of ropes and gags, usually wriggling around and struggling helplessly to get free.

Don’t be turned off by the very old-fashioned design. Yes, it may look like a website from 20 years ago, but the uniform-bondage content is compelling, and the models are very easy on the eye. You’re unlikely to find any other site with such a dedicated focus on putting Army guys in peril.

Alas, updates ended in mid-2018, so there aren’t any new videos being added right now. Maybe that’ll change in the future, but for now, you’ll have to satisfy yourself with the approximately 100 available titles in the catalog. Still, the monthly fee of about $20 is worth it for anyone with a passion for military bondage.