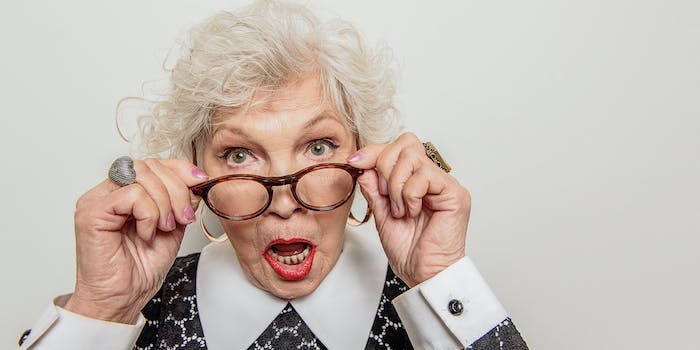 13 clit vibrators that will change your life

Clit sex toys (more specifically, clit-sucking vibrators) have received a helluva review by sex toy advocates. But are they really worth all the hype? In my very humble opinion, HELL. YES.

Just like any adult toy category, there are some designed that are easily equipped by more advanced users and there are some that are created to be enjoyed by all experience and comfortability levels. So in short, heck yes! We totally recommend clit-sucking vibrators as beginner’s sex toys.

Obii has two pleasure points: the suction pad at the top, and the ribbed vibrations all along the body of the toy. There are a few ways you can play with it. The head of the toy uses pressure wave technology to send waves deep into the internal structure of the clitoris, while the ribbed side can vibrate like a traditional sex toy. Unfortunately, you can’t fool around with both options simultaneously, but Obii’s suction strength is so powerfully pleasing that this quirk is easily overlooked. Seriously, this is could win the title of my personal favorite suction vibrator. Obii is designed with body-safe silicone so it’s safe to use with most non-silicone lubes. However, it’s not waterproof so don’t go dunking it (rinsing is okay, though).

Instead of having a truly rounded head, the device is oblong and has a super beefy tip (not like steak, though). I wouldn’t exactly call these flaws, though, because they do positively impact user experience in my humble opinion. What I’m trying to say here is that between its unusual shape and the fact that the clit stimulator end isn’t flexible, this is no match for a novice. However, more experienced masturbators are more likely to drool over this bad boy and its 11 settings.

Even better, Womanizer designed the Pro 40 with detachable and replaceable heads, so when one gets worn out (or so gross that not even the strongest of sex toy cleaners can make you want to use it) just pop it off and put on a new one. Additional perks: the Womanizer Pro40 is designed with phthalate-free, hypoallergenic silicone, isn’t too loud, and fits comfortably in your hand.

Womanizer’s 2Go is also a solid alternative for smaller budgets, retailing for a fraction of the Pro 40’s cost ($49 to be exact).

Designed with dual motors (one at either end), this clit tickler moves like no other. Users can choose to stimulate more sensitive spots with its tentacle-like mouth or reach deeper pleasure points with its penetrative base––just don’t forget the silicone-safe lube! Depending on the intensity Siren is set to, its tentacles move accordingly––and gee, do they dance!

I was able to cycle through its 25 modes (five patterns and five intensities) and to say I was impressed might be a little corny but don’t sound the alarm (or in this case, the Siren). Users can choose to turn on both motors at the same time or just use one, adjusting the speed and intensity from a teasing lull to a powerful and swift fan-like dancer. Siren is available in coral and light pink.

Unlike other suction vibrators, The Poet is designed with replaceable heads of all shapes and sizes. This feature allows users to “custom fit” their vibrator to their anatomy. “Why?” you ask? It’s simple. No two vaginas are the same, so why would a generic vibe head work for everyone? It doesn’t! Depending on your curves and the shape of the device, suctioning the toy can prove to be difficult and uncomfortable. Smile Makers found an easy solution for this: offer a variety of head shapes and sizes. (Three, to be exact). It may take some trial and error to find your perfect fit, but you will find it. (Which is more than I can say for some other clit sucking vibes).

That’s not the only trait that sets it apart from the rest, though. You may have noticed that the shape of the vibrator is much different from a lot of the others featured here. This is also intentional. While it does make sense for clit vibes to have a handle to grip onto, it only works in theory. In practice, that handle can actually work against you. Finding the right position while avoiding hand cramps or loss of suction can be a real struggle. But not with The Poet! This lil masterpiece was designed to fit comfortably in the palm of your hand. The rounded body and divots near its head allow this toy to sit in your hand. So what does that mean for you? No harsh grip, fumbling, or loss of suction. Just turn it on and give it a go!

Speaking of giving it a go…there’s another perk to its design. Other sucking vibrators require you to press buttons to adjust the speed. But not this one. The Poet found a way that’s more intuitive. In an effort to avoid jumbling the toy to locate a button, users can simply squeeze the toy to adjust the intensity of the air pulsation. (Or what makes it “suck”). Its sensors will respond accordingly and either speed up or slow down the device. The toy also has a button for you to rotate through its five pattern settings. Ensuring you’ll never accidentally switch the pattern when you mean to change the speed. It’s worth mentioning that the range of intensity this device has is impressive, too.

Clearly, The Poet has won me over. It’s safe to say that this my favorite clitoral vibrator–ever.

Uniquely designed, the TuLips clit vibe features two lips (TuLips, get it?!?!?) and a “tongue” of its own to kiss and caress the most sensitive parts of your body. Three buttons control the speed and vibration pattern, making it simple to switch it up or go back to the previous setting. And since it’s made with body-safe silicone, the vibe is easy to clean and can be used with any silicone-safe lube. In my opinion, this is a great first vibrator since it’s really user-friendly, not incredibly loud, and offers a variety of pulsations for users to figure out what they do and don’t like.

If it wasn’t already obvious, Tenga’s iroha line of clit toys belongs in a museum of modern art. The Tori is perfect for nestling between partners because of its carved-out shape and super squishy design. As you should know, the clitoris is much larger than the little bean we can see. Clitoral nerve endings actually reach all the way out towards the labia, and this toy makes sure to stimulate it all. It features a super silent motor, seven-speed options, and is rechargeable and splash-proof making it perfect for the sex toy newbie.

Tori is one of my personal favorite vibrators because of how soft yet strong it is. When I say this thing is squishy, I mean it. You’d have no idea there was a piece of robotics hiding under all of that silicone! This toy also gets bonus points for actually being near-silent and for its charging base doubling as a case.

Currently, the brand offers four versions of its clit massagers: Zumio S, Zumio X, Zumio E, and Zumio I. Depending on how much pressure you apply to the tip, the toy’s mechanical design adjusts the intensity. All Zumio models are completely waterproof and outfitted with an eight-speed motor and travel (lock) mode.

So what’s the difference between them? It’s slight but mighty. Look at each of the toys’ heads. See how they’re all somewhat different? There’s a purpose for that! Zumio S has a large spherical-shaped head and a short flexible stem that offers broad and even stimulation in circular motions. The head on Zumio X is smaller while the stem is longer, offering more concentrated energy that moves in circular patterns. Zumio E utilizes an elliptical rotation, a rigid stem, and a tear-drop-shaped tip to offer high-precision stimulation. While the Zumio I features a spoon-shaped head and elliptical rotation to grant users the widest range of stimulation.

Didn’t find what you were looking for? Check out one of our other guides: