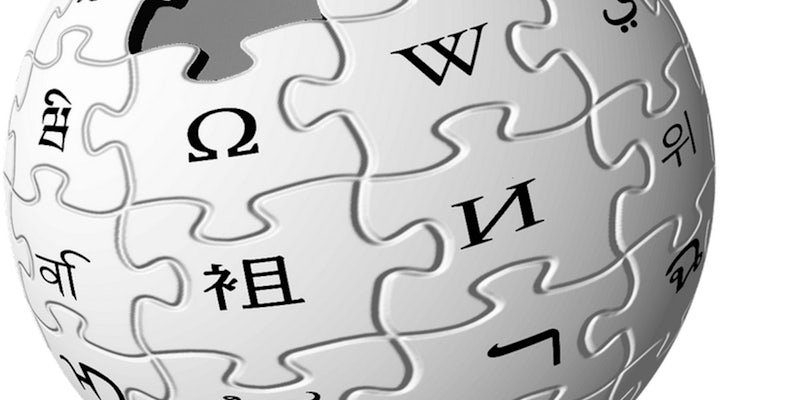 The University of Toronto's Steve Joordens sent his 1,700 students to work editing psychology articles on the user-edited encyclopedia.

Wikipedia editors are furious after a college professor assigned his students to edit the encyclopedia, riddling it with errors and alleged plagiarism.

Professor Steve Joordens of the University of Toronto assigned more than 1,700 students the task of editing and improving two different Wikipedia articles on topics pertaining to the lectures he’d given.

The students dug in and amended the articles, but something fishy caught a site editor’s attention: Of the 1,700 students who’d been handed the assignment, an estimated 85 percent had plagiarized their edits.

Later research indicated that the 85-percent figure may have been inflated. “The process of detection isn’t perfect,” a Wikipedia editor named Colin wrote in his analysis of the alleged plagiarism. “There will be some students here who aren’t part of this class but are almost certainly part of someone’s class. There will be others I haven’t found or chose not to list because I wasn’t sure.”

Colin unearthed 252 different articles he confidently considered Joordens’s students to have edited. Among those, 16 of the edits had been plagiarized. (Colin discontinued his instances-of-plagiarism search after finding 16 because “nearly all of the edits where I can examine the source are plagiarized.)

“Sometimes blatant copy/paste, sometimes the punctuation and conjunctions are changed, sometimes a little more rework,” Colin wrote. “But still close paraphrasing without in-text attribution. On the rare exception when the student really does attempt to write in their own words, they nearly always screw up.”

This was not the first time that Joordens’s students had contributed to Wikipedia. According to Colin, the professor ran an experiment on Wikipedia in 2011 in hopes of finding “an effective way of harnessing both Wikipedia and the student population to publish research findings in psychology.

“This would benefit Wikipedia as psychology is a particularly weak topic,” Colin wrote, “and would benefit the field of psychology as their research findings often had a limited academic audience.”

The opportunity was not one the students took advantage of. According to Colin, only 20 percent of the 1,500 students “performed the minimal step of creating a user account and registering on the assignment page.” Only 7 percent actually went through with the assignment.

Of those who went through with the assignment, roughly 15 percent added content that was a direct copy/paste of the source, thus warranting removal from the site. Roughly 57 percent made edits “so bad they were reverted.”

Faced with the unenviable task of editing so many “incomprehensible” amendments, Wikipedia editors decided to fight back.

“I think Wikipedia should be asking the University of Toronto where we send the bill for cleaning up the plagiarized mess he’s caused,” one editor wrote. “There is no way this class should be allowed to edit on Wikipedia again, it is already abundantly clear they cause harm.

“In my opinion, the prof’s purpose of using Wikipedia is to set assignments for his megaclass that don’t require teaching assistants to mark. The precedent for this is the ‘peerScholar’ website he developed that lets students mark each other. Wikipedia is simply being used a free resource, with horrendous consequences for the quality of our science articles.”

On Wednesday, Joordens told the Daily Dot that Wikipedia’s editors shouldn’t bite the hand that feeds them.

“The assignments at issue were spawned by the Wikimedia group encouraging forward thinking professors to consider adding Wikipedia assignments to their course in hopes of providing a valuable learning experience while also introducing new people, people who could become future editors, to Wikipedia,” he wrote. “That’s what we have done, and we have the data to show these positive outcomes are occurring.

“We are enhancing Wikipedia content in many ways. Are there also some problematic edits of various sorts also occurring along the way? Probably. I suspect nearly every new editor to Wikipedia makes some mistakes on their road to learning.”

He said that he’s been advised to not disclose any more information or opinion about the standoff, adding that “we live in a stupidly litigious world wherein people are sometimes told to shut up rather than engage in great intellectual debates.”

Back on Wikipedia and in between charging editors with with “the cyberstalking of my students,” Joordens has tried extending an olive branch.

“Here is the idea…,” he wrote. “We give you a list of articles, with specific edits highlighted. Some of those editors were performed by my students… others by Wikipedia editors at a similar (early) experience level. You guys judge the quality of those edits ‘blind’ and therefore without bias. My Ph.D. student compiles the data and shares the results.

“If there is truth to your concerns then we will at least have a measure of how big the problem is.”

“The idea of crowdsourcing is that the noise gets slowly pruned out and the signal gets built upon,” he told the Daily Dot. “This is the lifeblood of Wikipedia, the engine upon which it is built.

“This expectation of no problems whatsoever is ridiculous. Wikipedia would never have become the great resource it is now if this was the criterion applied to every new editor.”