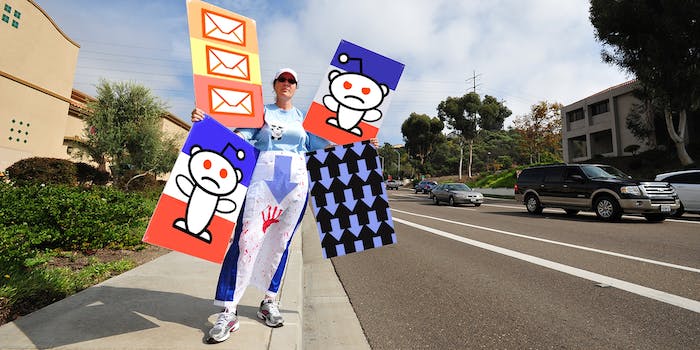 “Reddit was co-founded by prominent member of Anonymous and cyber criminal."

The Westboro Baptist Church (WBC) is planning a protest at Reddit’s San Francisco’s headquarters over the late Aaron Swartz, an activist and programmer who helped create the site.

“Reddit was co-founded by prominent member of Anonymous and cyber criminal Aaron Swartz,” Westboro states on its site. “Swartz was a poster boy for this online community: a fag, an atheist and a thief.”

Westboro is a small organization from Topeka, Kan., notorious for picketing the funerals of  veterans and other events with provacative and hateful signs, such as “God Hates Fags.”  The church was founded in 1931 by Fred Phelps, a disbarred lawyer. Phelps died in March at the age of 84.

The timing of WBC’s protest is unclear considering Swartz was born on Nov. 8, 1986, and died on Jan.11, 2013, at the age of 26. Swartz committed suicide before a looming trial that threatened to severely punish him for downloading academic articles from JSTOR.

In June the Swartz documentary The Internet’s Own Boy was released to the public online. That video was temporarily taken off YouTube over a copyright claim made on July 11.

The Daily Dot has reached out to WBC for a comment regarding the size and goal of its Reddit protest.

“Westboro Baptist Church will use the Reddit platform, which is usually filled with vanity, science falsely so-called, and other sundry lies; to instead preach righteousness & spread the gospel,” the church added.

On Reddit’s r/news, the community is encouraging people to ignore the AMA and teach WBC a lesson.

“Every time they go somewhere reddit will post the number of people who they have in attendance, and based on the number, ask on reddit for that many donations to troops and LGBT organizations, or any other good charity groups,” one Reddit user commented. “We can make them into something good regardless of what they want to be.”