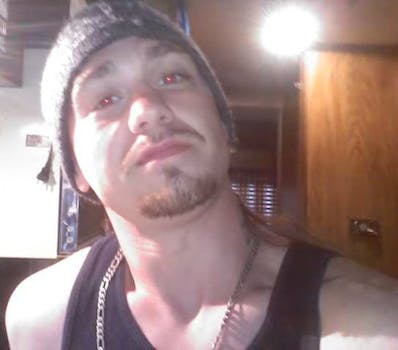 Apparently, Travis Nicolaysen wanted the world to know his relationship status changed from "in a relationship" to "single."

A fugitive in the tiny town of Port Angeles, Wash., has done everything in his power to elude police pursuit with one exception: He’s left his trace on a publicly accessible Facebook account.

Travis Nicolaysen is a 26-year-old wanted by the Washington state Department of Corrections for failing to check in with his community corrections officer since January. He’s been convicted of five felonies, including domestic violence, burglary, and theft of a firearm, according to Port Angeles police.

Last Wednesday, Nicolaysen outran police and ducked into hiding. Conventional wisdom suggested that no one would hear from him again until police had found him. But that silence only lasted until 5:10pm Pacific Time the next day, when Nicolaysen popped into his Facebook account to respond to a note left on his wall by friend Shane Lowe.

“Cops all over you,” Lowe wrote at 9:40 pm, after he’d heard reports of the police pursuit.

“ya got away thanks bro,” Nicolaysen wrote in response, his whereabouts unknown.

Nicolaysen’s Facebook wall has seen received a steady stream of updates and well wishes from friends and family, many of whom have encouraged Nicolaysen to change his ways and focus his energy on taking care of his two young children.

“Travis you are a smart guy..Ya you’ve been through shit..BUT so has everyone else…,” wrote friend Sharley Shore. “you know what you need to do!!!! You know that you will be caught!!! it might not be today but you know they will..Its not worth putting it all on line…”

Nicolaysen, however, remains at large, showing up on Facebook only once more to update his relationship status from “in a relationship” to “single.”

Port Angeles city police are monitoring the Facebook page and hoping for another update that could lead to his whereabouts, according to an Associated Press report.

Facebook has made it known that it can and, in certain cases, will provide information about its users should it receive a request to do so from law enforcement officials. The site has a certain degree (albeit unclear) of ability to track people’s whereabouts via IP addresses and GPS location, though Port Angeles police have made no efforts to use that component of Facebook’s technology to track Nicolaysen’s location.