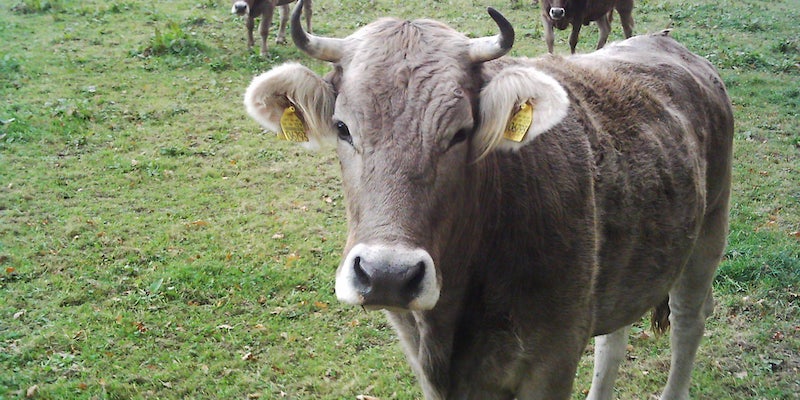 The first-ever U.S. prosecution under laws that prevent the filming of slaughterhouses and factory farms has been dropped.

The first ever prosecution under U.S. “ag-gag” laws—under which Utah resident Amy Meyer was arrested for filming a cow in a meatpacking plant—has reportedly been dropped.

Will Potter, the independent journalist who broke the initial story, wrote “the Draper City [Utah] prosecutor’s office has dropped all charges!” on his site Green Is the New Red Thursday.

Prosecutor Benjamin Rasmussen inadvertently invoked the Streisand effect—the online phenomenon where an attempt to suppress a story instead helps it go viral. The slaughterhouse Meyer filmed belongs to the mayor of Draper, and Meyer’s arrest generated a wave of press from the Salt Lake Tribune and online news outlets.

Potter’s initial post made the front page of Reddit. “[I]n a few hours hundreds of thousands of people visited this website (crashing it for about an hour as we scrambled to adjust the servers),” he wrote.

Rasmussen indicated to the Tribune that the charges didn’t hold up under examination, as the ag-gag law requires a person to be trespassing while filming, and Meyer was standing on a public roadside.

Meyer said she knew that, and even explained that to the police who arrested her.

“At all times while I documented this cruelty, I remained on public property,” she said in a statement after her arrest. “I never once crossed the barbed wire fence that exists to demarcate private and public property. I told this to the police who were on the scene.”