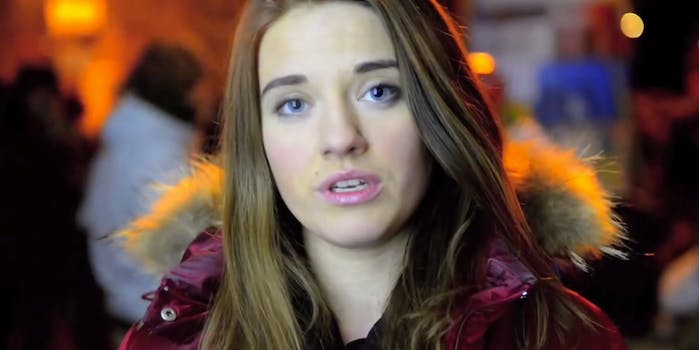 ‘I Am a Ukrainian’ gives voice to Kiev protesters

The whole world is watching.

One woman has emerged as the face and voice of Ukrainian protesters, and the whole world is watching.

Many of Ukraine’s citizens have been protesting its government in Kiev for months, but it hit a breaking point Tuesday as the city was engulfed in flames with at least 26 reported dead. It’s not just a response to President Viktor Yanukovich’s refusal to join the European Union, but also an opposition to his reign in office.

Ben Moses, who was in Ukraine to make a film on democracy prior to the protests, made “I Am a Ukrainian” in order to show what the average protester looked like. The majority of protesters weren’t thugs or neo-Nazis, but rather ordinary and civilized people who have had it with their “barbarian” government.

They want to live a normal life but feel that they can’t do that while Yanukovich is in office, and they need help spreading the word.