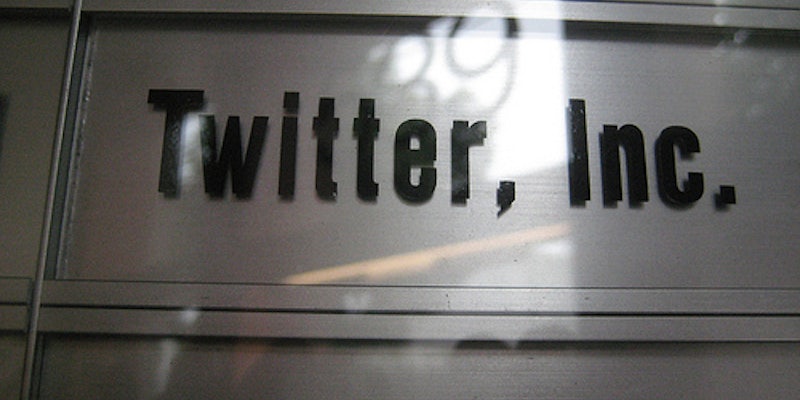 Twitter's removal of tweet attribution will be harmless to some users, but may hold lasting repercussions for others.

Twitter has quietly removed a line from tweets on its website indicating which application or client was used to post a tweet. While that may not matter to the majority of users, it has tangible implications for a significant few.

Over the last year and a half, Twitter has urged developers not to create clients (applications that replicate Twitter’s main functions by allowing you to read and post tweets). Two weeks ago, it announced big changes to its API, the code developers use to hook into Twitter, to place limits on how many people will be able to use given clients as it tries to take more control over the ecosystem.

Twitter allowed developers to create their own apps on top of its data pretty much since the service started in 2006. Now as Twitter has grown from a side project into a fully fledged company, it wants more consistency over how people view and interact with tweets.

As part of Twitter’s “ongoing work to simplify Tweets and emphasize the content being shared,” (as it told CNET), it has removed a line from tweets on its website showing you how a specific tweet was posted, whether through its own mobile apps, TweetDeck, or a third-party client like Echofon or Tweetbot.

This’ll hurt those third-party clients since, as The Next Web’s Matthew Panzarino points out, seeing the attribution line in tweets encourages people to try out those clients. Twitter’s plan to seize more control over how people view tweets is in full swing.

It’s likely to impact on apps as well. Think about how often you see tweets posted using other services. When someone checks in to a topic on GetGlue, snags an awesome score on Temple Run, or wants to tell everyone what they’ve been listening to lately through Tweekly.fm, they’ll often set those apps to post to Twitter automatically. It won’t be so easy to find out where those tweets came from in future.

As bad as this move seems for developers, it affects other Twitter users too, namely those involved in scientific research. Hervé St-Louis, who runs comic fan site Comic Book Bin, turned to Twitter for research when carrying out his Master’s thesis titled “Strategic Studies and Cyberspace: Iranian Political Unrest on Twitter.” He claimed in a post that, for his research, “it is very important for me to figure out from where did the user publishing its tweet (sic).”

“There is much one can observe and analyze from this variable. Some users tweet from their mobile phones, their tablets. Others tweet from social media publishing apps that allow tweets to spread to several social networks. This information for researchers is important.”

While Twitter’s kiboshed any attribution in tweets on its website, there are other ways to see how a tweet was posted, including the old version of TweetDeck, which was bought by Twitter in May last year: 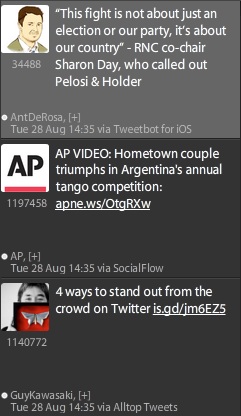