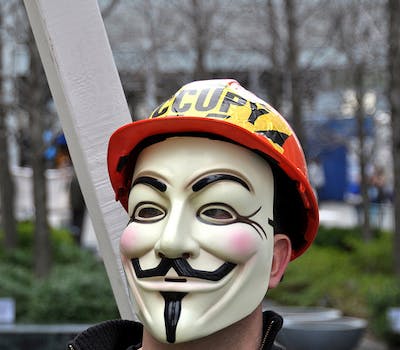 Protesters tweets will remain sealed until his own appeal is heard.

The company was ordered this week to hand over to prosecutors information it holds on Occupy Wall Street protestor Malcolm Harris after a legal battle spanning several months.

Friday was the deadline, and the company gave in to the court’s latest demand for the information to avoid fines and possible contempt charges. Twitter delivered around three months’ worth of data to a New York court. The information will remain sealed until an appeal by Harris is heard next week, reported Reuters.

Twitter handed over the data despite the fact that it appealed a court order to do so. The company was told last week that it could not stall the proceedings against Harris during the appeal process.

“At Twitter, we are committed to fighting for our users,” the company said in its appeal. “Accordingly, we are appealing this decision which, in our view, doesn’t strike the right balance between the rights of our users and the interests of law enforcement.”

Twitter also said the case could force it into other legal battles that users could tackle themselves, according to the Associated Press.

Harris is accused of disorderly conduct and wilfully ignoring police orders by marching up the Brooklyn Bridge roadway during a protest last October.

Prosecutors believe the tweets dispel the assertion that police either led or escorted Harris onto the bridge. His case is scheduled for a December trial.