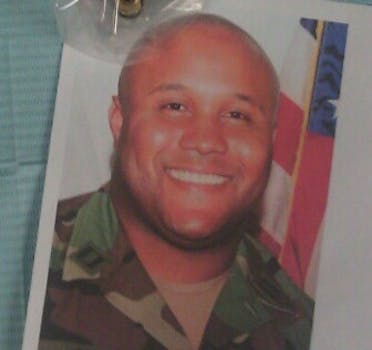 Tweets about the fugitive ex-cop reached their peak after the county sheriff's office released—and then deleted—a request for the media to stop talking about Dorner on Twitter.

The hunt for suspected cop killer Christopher Dorner appears to have come to a brutal end, but if law officials had their way, we wouldn’t have known about Tuesday’s saga.

A shootout between a suspect believed to be the ex-police officer and deputies shortly after 4pm ET Thursday in Big Bear Lake, Calif., resulted in the death of one deputy with another injured. That led to a torrent of tweets about Dorner over the next few hours.

However, the district attorney’s office in San Bernardino County tweeted (and later deleted) the following plea for members of the press to stop tweeting about the developing standoff:

Some news organizations complied, despite many on Twitter reacting with disdain towards the sheriff’s demand. Indeed, it appeared the request had somewhat of a Streisand Effect on tweets: attempting to remove or hide information only to see it become more publicized.

As the Dormer saga came to a dramatic end, with the cabin in which Dorner was allegedly holed up apparently set ablaze and the suspect dead, it was only natural there was be a general uptick in the volume of tweets about the case. That said, the sheriff’s plea for quiet certainly didn’t shut down the tweets.

Stats from Topsy show how the volume of tweets containing the term “Dorner” shifted Tuesday. 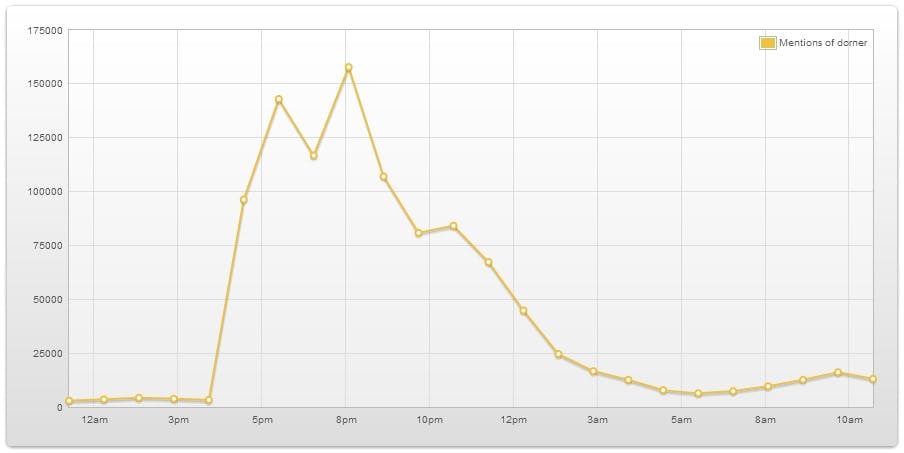 Tweets mentioning Dorner spiked to more than 142,000 as the suspect holed up in the cabin. However, after the sheriff’s call for Twitter silence, the volume increased to more than 157,000 an hour later.

The number of tweets dropped slightly after news trickled out of the suspect’s apparent death, though there were still tens of thousands of mentions of Dormer’s name after midnight.

Police had sought alleged quadruple killer Dorner since last week. He was fired as an Los Angeles police officer in 2008 over false accusations against a fellow officer, and his alleged killings are reportedly in retaliation for the dismissal.

His alleged crimes have spurned a meme, Facebook fan pages, an Anonymous operation against the Los Angeles Police Department, a tattoo of his face, and an apparent 4chan pizza delivery to a cabin where Dorner was reportedly taking shelter.