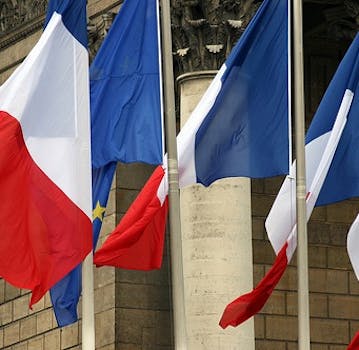 A Paris court ruled Thursday that Twitter must disclose the information "within the framework of its French site."

A French court has ordered Twitter to hand over data to help identify those who posted anti-Semitic tweets.

In October, Twitter pledged to remove anti-Semitic tweets bearing the hashtag #unbonjuif (“a good Jew”) and #unjuifmort (“a dead Jew”). The Union of Jewish Students of France (UEJF) filed a legal complaint contending that the tweets in question broke France’s ban on incitement to racial hatred.

At a hearing earlier this month, Twitter contended that since the data it held on the Twitter users was stored in the U.S., it would need approval from the American judiciary before handing over such details.

However, a Paris court ruled Thursday that Twitter must disclose the information “within the framework of its French site,” the AFP reported.

A UEJF lawyer previously suggested that Twitter has a commercial interest in protecting the anonymity of its users, while others at this month’s hearing claimed Twitter was taking refuge under the First Amendment.

The court also asked for an easily accessible and visible method of reporting tweets related to issues such as “crimes against humanity” or inciting racial hatred. A Twitter lawyer countered this month, claiming the existing reporting system works.

Twitter has fought to protect user privacy in the past. Last year, the company tried to keep the deleted tweets of Occupy Wall Street protestor Malcolm Harris out of the courts. In the first six months of 2012, Twitter complied with 63 percent of government requests for information on users.

It is not yet clear whether Twitter will comply with the court order, or if it will stand its corner using U.S. law in its defence. The company was given 15 days to comply, otherwise it will be subject to a fine of €1,000 per day.