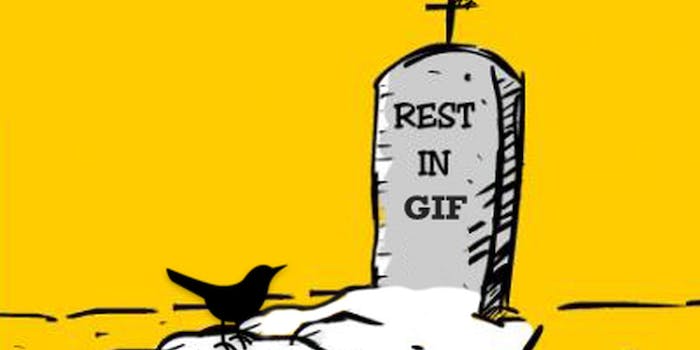 The microblogging site has closed a loophole that allowed users to set animated GIFs as profile images.

Animated Twitter avatars will no longer be allowed on Twitter, to both the chagrin and the elation of thousands of users.

Users who already have GIF avatars will be allowed to keep their animations, but once they decide to swap them out, they will not be able to upload a GIF again. And for that, Twitter users annoyed by the animated images are likely thankful.

For about a year, Twitter has officially claimed that it doesn’t support animated GIFs as avatars despite countless tutorials explaining how people can work around it. Even with those workarounds, though, animated GIFs never displayed properly on Twitter’s mobile site or in popular apps like Tweetdeck, and were only visible in all their animated glory on the full Twitter website.

Now, those loopholes have been closed, preventing any new animated avatars from gracing the Twittersphere.

Buzzfeed’s John Herrman claims his GIF avatar may have been the reason why Twitter CEO Dick Costolo blocked him on the social network.

In memory of the GIF avatar, the Daily Dot has created an original animation made from a comic by izidro.