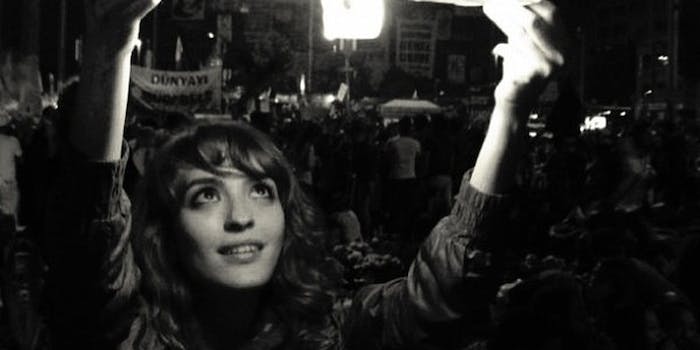 As protesters and police clash in Istanbul, the Turkish government makes plans to regulate social media.

As police and protesters clash in Istanbul’s Taksim Square, Turkey’s ruling party is looking at ways to censor Twitter.

It deems the community, and other social networks, to be disruptive to society’s “serenity and peace” in the wake of large-scale government protests which were in part organized online.

The government is moving to regulate social media, according to the Hürriyet Daily News. After Prime Minister Recep Tayyip Erdo?an described Twitter as a “plague,” he is apparently “considering precautions to take.”

Wide-scale protests have taken hold in Turkey over the last week and some. What started as a demonstration against the bulldozing of Istanbul’s Gezi Park has become a broader movement against the government.

With local media largely failing to cover the citizen action and battles with police, locals have taken to the Internet to share their side of events and tell their stories. They’ve used crowdfunding to take out a full-page ad in the New York Times to increase awareness of their plight. A group affiliated with the Occupy Gezi movement released a list of demands that was translated and published on a blog. Among the calls is for the media “to act in an ethical and professional way.”

The protests themselves are being organized on Twitter, and Turkish authorities have arrested dozens for posting “propaganda” or “misleading information” in tweets.

The ruling Justice and Development Party’s vice chairman of media and public relations responsible for social media suggested a “legal regulation could be made” since “social media must be brought under order and regularity.” Ali ?ahin told Hürriyet Daily News people need to be held responsible for what they write. If people “loot shops and burn vehicles” after a tweet incited them, that message’s author needs to bear responsibility, according to ?ahin.

He also claimed people were conspiring against the government, while individuals were being sworn at over the Internet. Commercial activities, personal rights, and the “legal personalities of companies and public institutions” are being attacked as well, according to ?ahin.

He also called out the effect a tweet carrying misinformation can have.