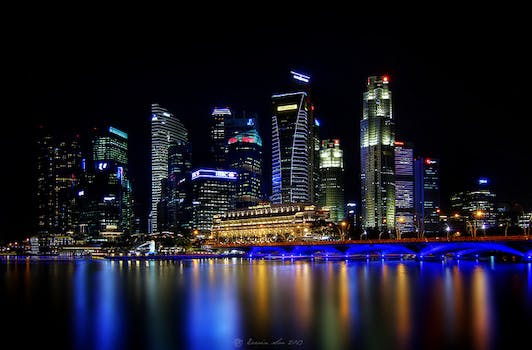 No one’s representing the Internet in the latest TPP negotiation

Internet advocacy groups have been frozen out of the latest round of negotiations for this international trade treaty.

The 16th round of the Trans-Pacific Partnership (TPP), an agreement that would standardize trade relations between 11 nations—quite possibly to the Internet’s detriment—has started.

And it appears that this time, there’s no one there to speak up for the Web.

That’s a shame, activists warn, because the TPP might seriously hamper the Internet for its participating countries, including the U.S., Canada, Mexico, and much of Asia and South America.

“Might” is the operative word here: the TPP, like all trade agreements, is negotiated in extreme secrecy. Though an older draft of the document has been leaked, the current agreement remains under wraps.

While trade and advocacy organizations are allowed to attend the negotiations to try and catch the ears of the countries’ trade representatives, activists (and even U.S. senators) have no access to the actual treaty.  As noted by the Electronic Frontier Foundation’s Maira Sutton, some trade groups—like those from the music and movie industries—can get more detailed access to the actual text of the TPP because they don’t have a particular desire to publicize what it says.

“Civil society groups, like EFF, haven’t signed [non-disclosure agreements] because that would surrender our ability to publicize or even advocate around what’s going in these secret negotiations,” she wrote.

And the agreement, which could standardize copyright law for all participating countries, could force Internet service providers to police their users’ online activity.

This round, which runs from March 4-16 in Singapore, doesn’t appear to have any Internet freedom activists attending to stress the importance of a free Web to the TPP’s negotiators. In previous rounds, multiple groups, including Sutton and other members of the EFF, were allowed limited access to lobby their concerns about what tight copyright restriction could mean. The Daily Dot was even granted some access during the 14th round.

The 15th round, in Auckland, New Zealand in December 2012, is where access truly fell apart. That time, activists who’d registered beforehand and made the journey were told that they had part of a single day to try to catch negotiator’s interests. Otherwise, they were physically barred from the negotiations.

“These new physical restrictions on us are reflective of the ongoing lack of transparency that has plagued the TPP negotiations from the very beginning,” Sutton said at the time.

And this time, there’s no EFF present. Ditto other prominent digital advocacy groups like the Center for Democracy and Technology and Public Knowledge.

“Not really, no,” said Jeremy Malcom, Senior Policy Officer of Consumers International—who did make the trip—when asked if he could find anyone present who was pushing for the Internet. Some people from his organization were there, “tangentially dealing with copyright, but mainly deal with medicines,” he said. adding that his group “was only of the only ones from ‘our side’ covering copyright.”

The Daily Dot requested the actual list of registered advocates at this round of the TPP, but the Singapore Ministry of Trade and Industry did not respond. Maybe that list is a secret, too.