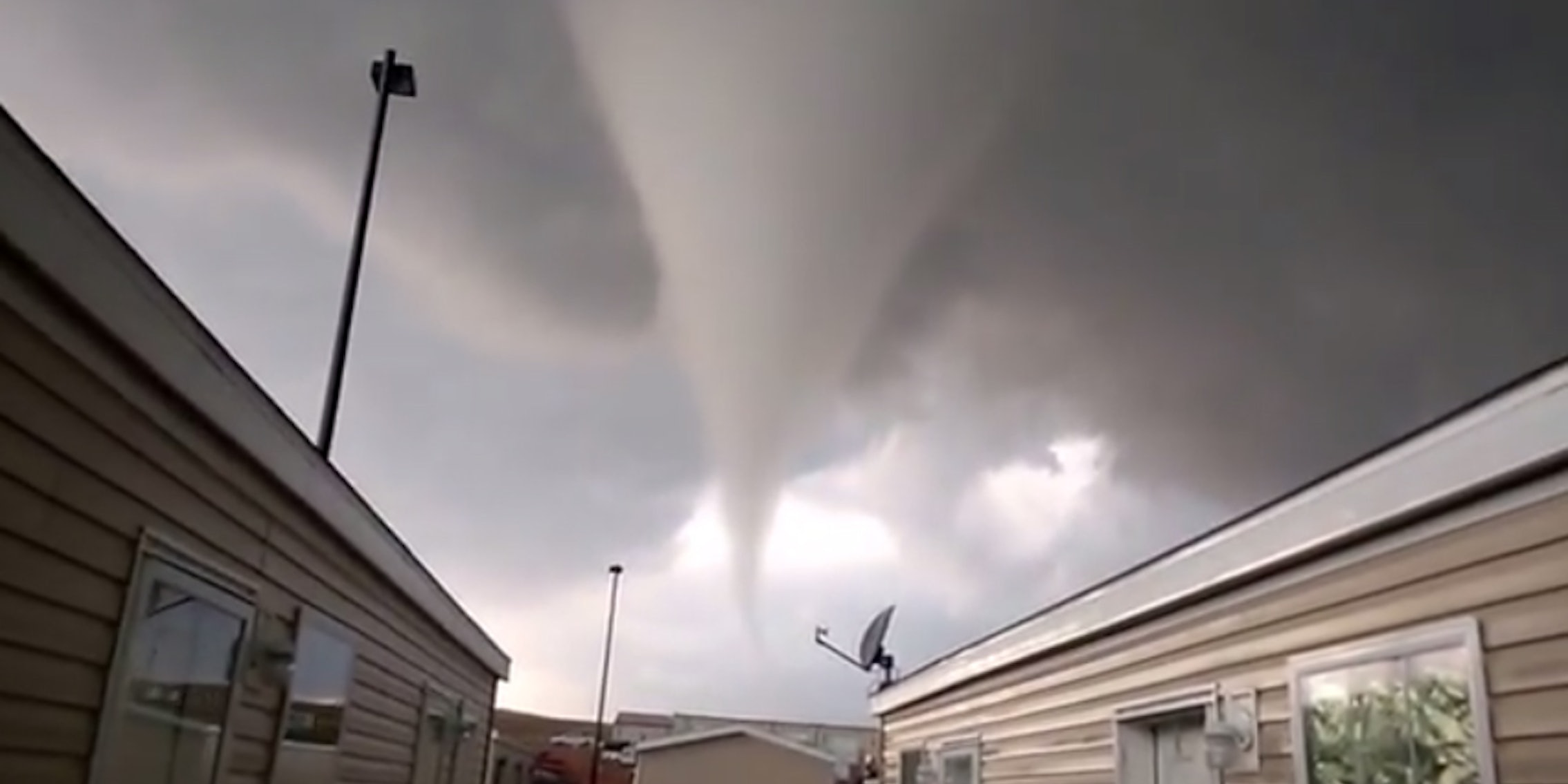 Stuck in the eye of the storm with nowhere to run, these guys braved it out and filmed a spectacular tornado touchdown.

What do you do if your only shelter from a massive oncoming twister are four pre-fab walls?

The answer for the brave men of this YouTube video? Run to the truck, prepare for the worst, and film the whole thing.

Watford City, N.D., is one of many tiny towns housing the transient worker population of the recent North Dakota oil boom. The temporary workers’ camp there was no match for the massive tornado that swept through the town yesterday, injuring nine people and destroying 15 trailers.

Dan Yorgason and his friend were two such workers who weren’t about to stick around and wait for the tornado to hit. When they realized they had nowhere to go, they hopped in their truck to ride out the storm—and filmed the whole terrifying spectacle.

Ordinarily, taking shelter in a vehicle is one of the worst things you can do in a storm, but residents of the Watford City camp had few alternatives. Most of the many videos yesterday were filmed from the relative shelter of trucks and cars. In another video, one woman could be heard chanting, “Oh my Jesus, we got nowhere to go.”

Another pair, Damon Damron and his wife, were lucky enough to be further away from the storm. They filmed the whole spectacular formation and touchdown. The good part starts at 2:17, with a bonus for the part where Damron yells, “Yeehaw! Go, baby!”

While Yorgason and Damron were able to laugh in the face of disaster, they were lucky to escape with their lives. “We were afraid for our lives, so, yes, we swore,” Yorgason wrote on YouTube about the tornado, which almost passed right over his head.