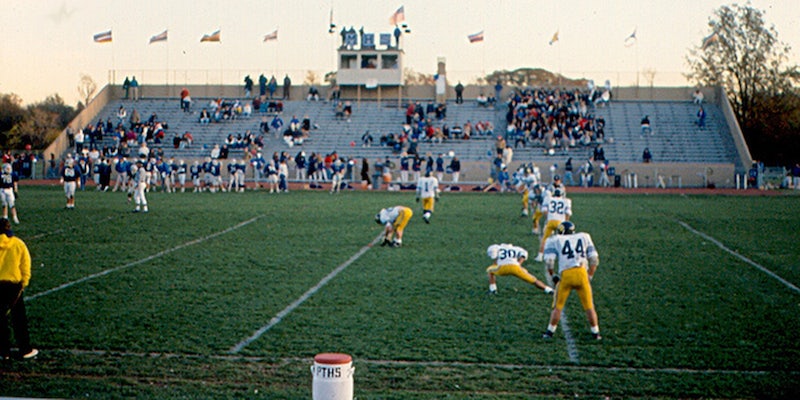 Steubenville-inspired program teaches athletes how to use social media

The rape of a 16-year-old girl in Steubenville, Ohio put the town on the national stage earlier this year. Details of the assault were posted to  YouTube, graphic texts were sent, and photos of the unconscious girl were disseminated. Anonymous turned its attention to the Steubenville High School football team late last year, and a hacker uncovered the town’s secretive rape culture. Two players, Trent Mays and Ma’lik Richmond, were convicted in March.

The case, and how it evolved through social media, is now a teachable moment, according to U.S. Attorney William J. Ihlenfeld. The lesson, however, isn’t about rape, respect, slut-shaming, or any of the other larger societal issues that were exposed through the ordeal. It’s about not leaving self-incriminating evidence online.

Ihlenfeld created a new program that will educate athletes about social media, and it will be implemented in 11 high schools at the end of the month in West Virginia. He said it’s a crucial investment in teenagers’ futures. Or at least athletes’ futures:

“That investment of time hopefully will pay dividends down the road, not only because you hope the kids are going to stay out of trouble. Social media creates so many distractions off the field for coaches. Maybe we can help them avoid that situation as well.”

So far, the program is only aimed at football players. If Steubenville’s culture of cover-ups and harassment via social media is any indication, perhaps Ihlenfeld’s program should be reaching a larger high school population. Or you know, addressing the real issues here.

Correction: The original headline of this story incorrectly stated that the program was being implemented in Steubenville. It’s actually taking place at 11 high schools in West Virginia. We regret the error.