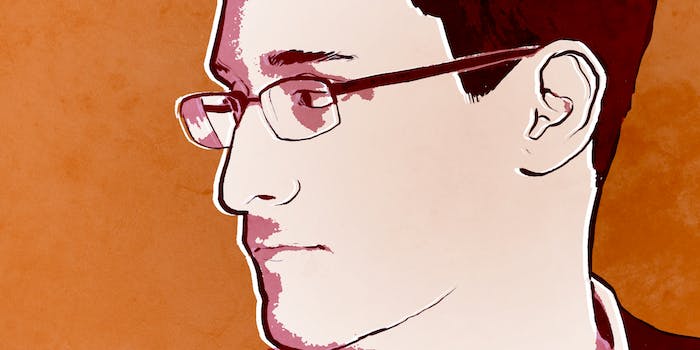 Snowden: U.S. has been hacking Chinese citizens for years

If true, the allegations could seriously undermine ongoing negotations between the U.S. and China on cybersecurity issues.

In a secret meeting with the South China Morning Post somewhere in Hong Kong, Snowden said he has proof that the United States has been spying on the computers of Chinese institutions and private citizens for years.

Documents Snowden showed to the Post‘s reporter allegedly detail hacking attacks perpetrated by the NSA against the Chinese University of Hong Kong, as well as “public officials, businesses and students in the city.” Hundreds more were launched against mainland China, Snowden said, claiming that more than 61,000 similar operations have taken place across the world since 2009.

We hack network backbones—like huge internet routers, basically—that give us access to the communications of hundreds of thousands of computers without having to hack every single one.

Snowden’s allegations back up a recent report in Foreign Policy detailing a secret NSA division called the Office of Tailored Access Operations, or TAO, devoted to hacking Chinese targets. According to Foreign Policy, the division “has successfully penetrated Chinese computer and telecommunications systems for almost 15 years, generating some of the best and most reliable intelligence information about what is going on inside the People’s Republic of China.”

For years the U.S. has accused China of widespread digital espionage and theft of state secrets. Just last week, President Obama warned Chinese President Xi Jinping that its ongoing cyberattacks were “going to be very difficult problem in the economic relationship” between China and the U.S. Obama has claimed there are vast differences between the NSA’s spy programs and the type of military-grade hacking perpetrated by China.

But in the wake of these new revelations, Obama’s attempts to stem the tide of Chinese cyberattacks may be seriously undermined. In the new digital Cold War, there appear to be no innocent actors.