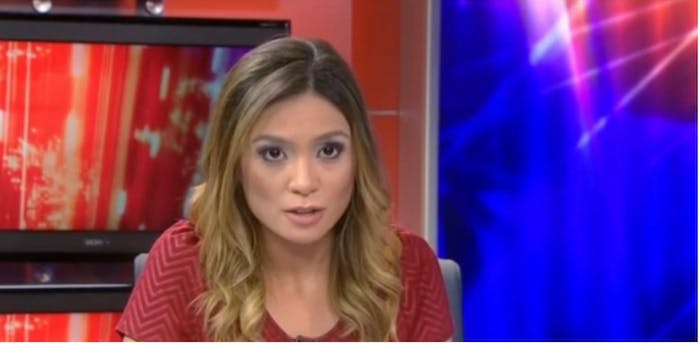 Liz Wahl says she no longer wants to be "part of a network that whitewashes the actions of Putin."

Liz Wahl, an American news anchor working for the government-sponsored television station Russia Today, quit live on the air today amidst the ongoing crisis in Ukraine. Wahl said she could no longer be “part of a network that whitewashes the actions of Putin.”

Wahl said she was inspired in part by her grandparents who fled Soviet oppression during the 1956 Hungarian Revolution in which 3,000 civilians were killed. Her father is a veteran and her partner is a doctor on a military base “where he sees every day… the ultimate price that people pay for this country.”

Just spoke to grandparents who came to US as refugees escaping Soviets during Hungarian revolution. Amazing to hear amid new Cold War fears

“That is why personally I cannot be part of a network funded by the Russian government that whitewashes the actions of Putin,” she said. “I’m proud to be an American and believe in disseminating the truth. And that is why, after this newscast, I’m resigning.”

Wahl, who previously worked at CNN International, NBC, and was an intern at Fox News while at college, was a Russia Today anchor for more than two-and-a-half-years.

“I can’t stress enough how strongly I am against any military intervention in sovereign nations’ affairs,” Martin said. “What Russia did is wrong.”

“Contrary to the popular opinion, RT doesn’t beat its journalists into submission, and they are free to express their own opinions,” a spokesperson later told the Huffington Post, “not just in private but on the air. This is the case with Abby’s commentary on the Ukraine. We respect her views, and the views of all our journalists, presenters and program hosts, and there will be absolutely no reprimands made against Ms. Martin.”

Critics accuse Russia Today of being little more than propaganda tool of the Russian government. On Sunday, pro-Ukrainian hackers defaced the site, replacing the word ‘Russia’ with ‘Nazi.’

That controversy hasn’t affected Russia Today‘s success. The channel’s reach is enormous. It is one of the most watched foreign news services in the Western world and was the first news channel to reach 1 billion views on YouTube.