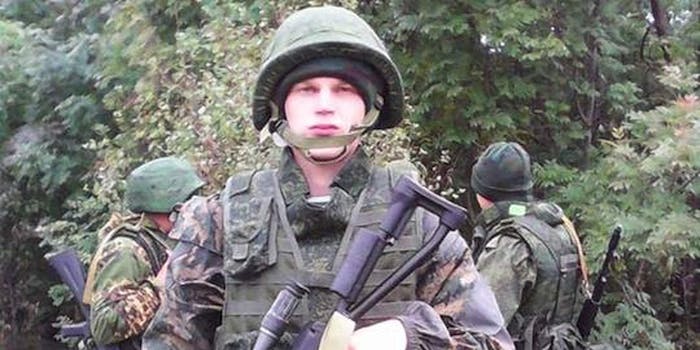 Russia says its troops aren’t in Crimea, but this soldier’s photos suggest otherwise

Putin says new Russian troops were not deployed to the region.

Here’s the story Vladimir Putin is selling to the rest of the world: The Russian army never invaded Crimea. All the heavily armed men surrounding Ukrainian military bases are just locals defending their region. He has denied charges from the West and Kiev that he has sent new troops to the peninsula.

But proof that the Russian military has put troops on Ukrainian soil is as easy to find as looking up a social media profile.

On VKontakte, Russia’s equivalent to Facebook, Sergei Maximov, a Russian special forces sniper, has been posting pictures of himself armed to the teeth next to civilians on the streets Crimea. The photos of Maximov, who was not in Crimea until recently according to his own social media profile, gives the lie to the idea that new Russian troops have not entered Ukraine.

Maximov’s profile, found by Ukrainian activists yesterday and posted to LiveJournal, has since been deleted but not before everything was thoroughly documented. Better yet, the cache of the page remains easily viewable, although the pictures in question were not saved.

Maximov is assigned to Russia’s Southern Military District which is headquartered around Crimea’s Black Sea coast. While Russia does have military bases in Crime—much like the U.S. has in other countries across the world—Putin has insisted the troops seen on off base, and actually on the streets of Crimea, are not Russian. Maximov’s photos, where he’s seen on the streets holding a sniper rifle, strongly suggest otherwise.

Ukrainian activists, including the official @EuroMaidan Twitter account, have been sharing the pictures widely over the last six hours in hopes of shining a spotlight on the glaring hole in Putin’s story.

John Kerry, the United States Secretary of State, recently flew out to Kiev, accusing Putin of lying and condemning what he called Russia’s “falsehoods, intimidation and provocations” in Ukraine in regard to supposed threats to ethnic Russians in Crimea and eastern Ukraine. Moscow, he said, seems to be seeking “pretext for being able to invade further.”