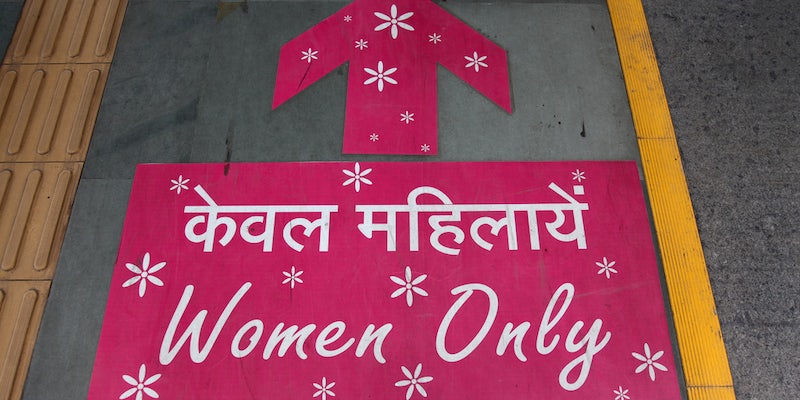 When the women of r/Seattle announced a ladies-only meetup, angry male redditors harassed them into canceling. The event has since been rescheduled.

An attempt to hold a ladies-only Reddit meetup went sour after some of the boys felt left excluded from the festivities.

After members of r/Seattle held a very successful ladies’ Reddit meetup last week, redditor elleuh tried to set up a second event for this Saturday. She was forced to cancel it one day after she posted it due to online harassment.

“Thanks to the deluge of appalling PMs and phone calls on my gmail voice, I’ve decided to cancel the event and have changed my voice number,” elleuh wrote. “It was wonderful meeting the ladies last week, but apparently the men have deemed this event ‘elitist, bitchy and poorly planned.’”

The women of r/Seattle initially started the weekly meetups so that they could meet other women in the city without having to feel uncomfortable or intimidated by a large male presence.

“I feel like most of the meetups (not just reddit)have been comprised of single dudes hoping to meet girls,” Livipedia wrote. “Not that I’m against that or anything, but I feel like that distracts from the whole forming of meaningful friendship feeling sometimes.”

Redditor Mr_Rabbit called out the trolls who harassed elleuh in his own post, which sparked much outrage within the subreddit and had many pointing out that the harassment only proved why many of the ladies wanted to have a ladies-only Reddit meetup in the first place.

“It’s not because they’re being whiny, bitchy, elitist girls that want to go do ‘girl things’ and exclude the ‘icky boys,’” Cedak wrote. “It’s because (at least partially) they don’t feel safe or comfortable going to general meetups because of the (either perceived or actual, it’s irrelevant) guys hitting on them or otherwise making them feel awkward or uncomfortable.”

After seeing the thread, elleuh clarified what happened, explaining that although only one redditor was publicly rude to her, she “received dozens of obnoxious and rude PMs,” and prank calls to her personal phone number.

Although elleuh admits her announcement of the meetup was “snarky,” the response was a lot more severe than she expected.

“I was not only spammed by telemarketers (mostly for ITT and other schools), but apparently my number was also posted on craigslist in men seeking men,” she wrote. “I did receive a few vaguely threatening calls which is why I cancelled at [local restaurant] Smith entirely,” she wrote.

The women of r/Seattle didn’t give in to the trolls, though. Redditor bitches_love_respect took over responsibility for the ladies meetup, and it will still be occurring as scheduled.

“Confidential to Dudes Everywhere: we love you, you’re awesome, but nerdy women are often just as bad as you at meeting and befriending other women, so this sort of a meetup could be a fun complement to the gender neutral ones,” the new organizer explained.