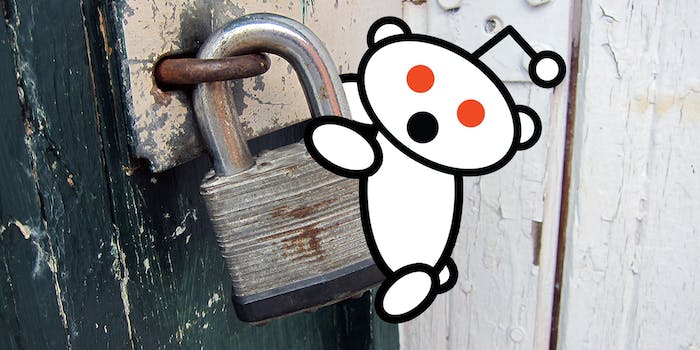 As revealed by agency documents leaked by Edward Snowden, the NSA is hungry for information on the Internet. Under programs like PRISM, it taps Google, Facebook, Microsoft, Apple, and Yahoo to look at the communications of a literally unknowable number of their users. (It’s classified.)

It’s inherently hard to talk about how the NSA gets this information because it obtains classified orders for surveillance under the Foreign Intelligence Surveillance Act (FISA), which is administered by a secret court. Anyone who gets a FISA order is legally obliged to keep mum about it.

But Reddit, despite being one of the most popular U.S.-based social sites in the world, has never gotten a letter from a FISA court. “We have not received any,” Erik Martin, the company’s General Manager, told the Daily Dot.

That might be because most Reddit activity—everything that’s not done by private message or in a hidden subreddit—is already out in the open, and thus needs no warrant. Or it could be because the NSA has a mandate to throw out incidental information if it’s about an American, and half the site’s visitors are from the U.S.

On June 14, the NSA allowed Facebook to become the first company to even hint at how many FISA orders it gets. It announced its total number of law enforcement requests for the second half of 2012—a catch-all figure that can include, for instance, local cops asking for leads on a missing child suspect. The company got between 9,000 and 10,000 requests, it said, referencing between 18,000 and 19,000 accounts.

However, Google, which hasn’t been granted the same privilege as Facebook—presumably because they’ve already released their non-FISA information—criticized that move as being confusing. It has openly petitioned the NSA to share its blanket FISA numbers, so far to no avail.