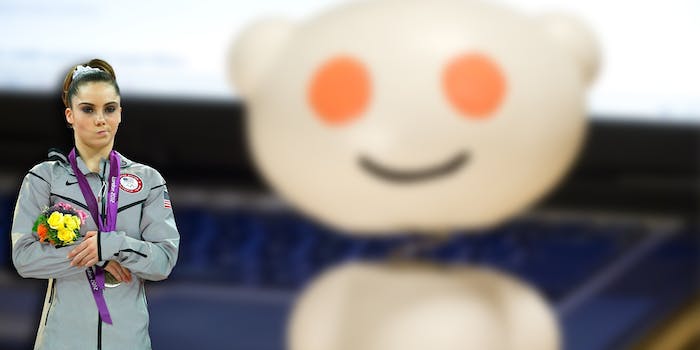 Photos allegedly depicting McKayla Maroney and Liz Lee, spread on Reddit, were taken while they were underage.

The saga of the illegally obtained nude photos of dozens of celebrities has taken a darker turn. According to Reddit administrators, photos of gymnast McKayla Maroney and MTV actress Liz Lee, shared to 130,000 people on popular forum r/TheFappening, constitute child pornography.

Maroney’s lawyers have confirmed that the illegally obtained photos were taken while the gymnast was underage. The attorneys’ letter, sent to Porn.com and other websites, demands that the images be removed.

Additionally, Reddit users have been sharing revenge-porn photos of the actress Liz Lee, whose photos were not part of the initial leaks, but were taken and leaked by her boyfriend when Lee was 16.

The ongoing leak—dubbed #CelebGate, or more distastefully, “the Fappening”—includes naked photos of A-listers including Jennifer Lawrence and Kate Upton. It’s prompted outrage, and threats of legal actions from the women targeted. It has since emerged that the photos of at least one of the celebrities were taken when they were under 18.

The Reddit community r/TheFappening has become the main hub for the leaked photos, due to the fact that Reddit is one of the few mainstream websites that isn’t proactively deleting all links to them. In an urgent post, the subreddit’s moderators warn the community that the site’s admins have informed them that Maroney was underage in the photos “and that we quickly need to remove them.

“If we don’t remove them,” moderator SickOrSane continues, “this subreddit will most likely be banned, very quickly.”

The moderator also warns against sharing Lee’s photos, which are apparently also being posted on the subreddit. 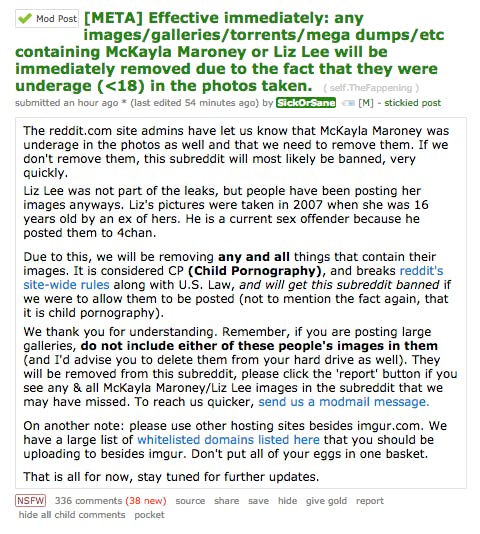 Redditors have immediately begun to panic, discussing the potential implications of their downloading and sharing child pornography.

Despite the proliferation of child pornography across r/TheFappening—in addition to the stolen intimate photos of adult celebrities—the Reddit admins have chosen not to remove the community, apparently content to let the moderators sort it out instead. They have, however, hidden the forum from r/all, a list of all content on Reddit. 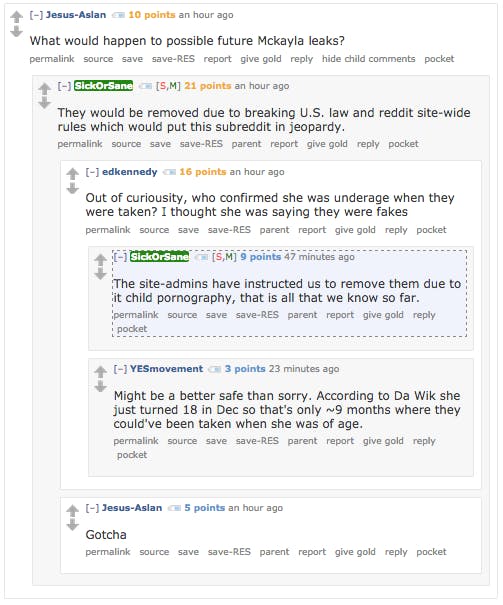 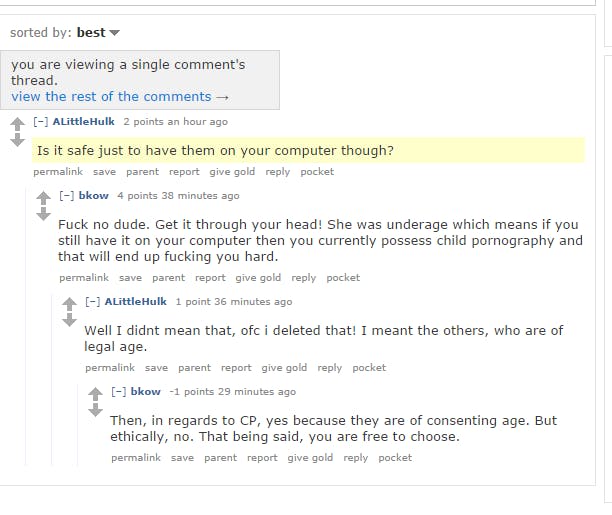 Here, redditors respond to Classiest_Erection with step-by-step instructions for how to use software to wipe his hard drive, which ostensibly contains illegally obtained underage nudes. We’re watching a crime being aided and abetted in real time. 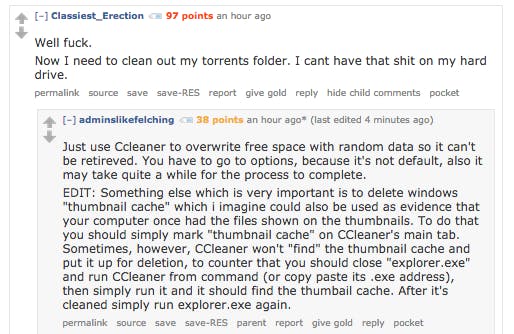 In another instance, notwhoyouthinimnot goes out of his way to proactively encourage redditors to remove all record of their criminal activity.

Other community members are only too eager to help. 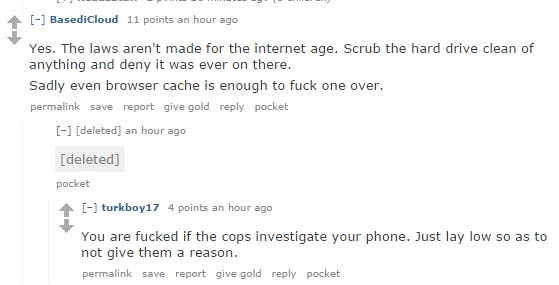 Some are more concerned with the fact that their community may be banned than the fact it’s being used to share flagrantly illegal material. 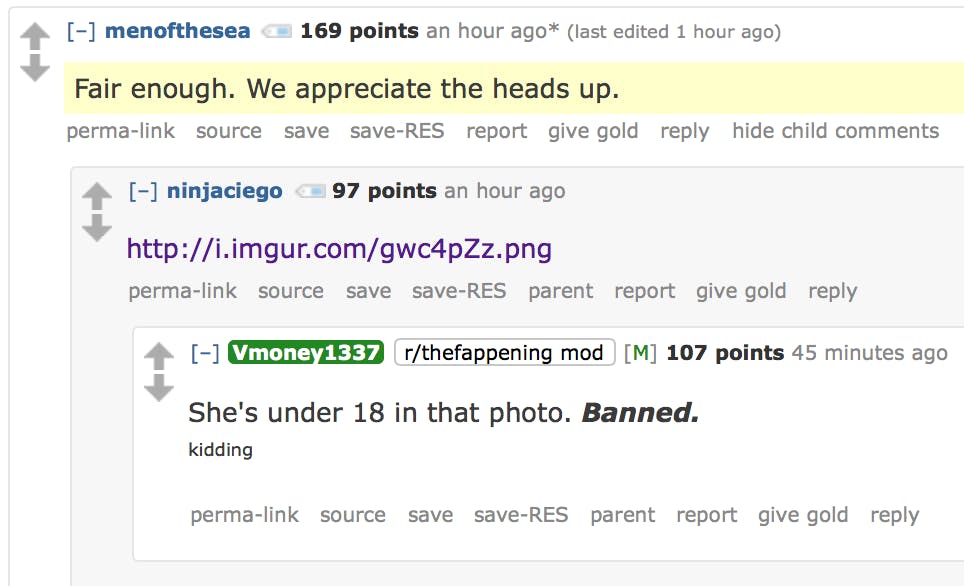 It still remains unclear how the photos were leaked, though Apple has strongly denied early reports that hackers gained access to them through a vulnerability in iCloud.

Photo via teuobk/Flickr (CC BY 2.0) | Remix by Fernando Alfonso III