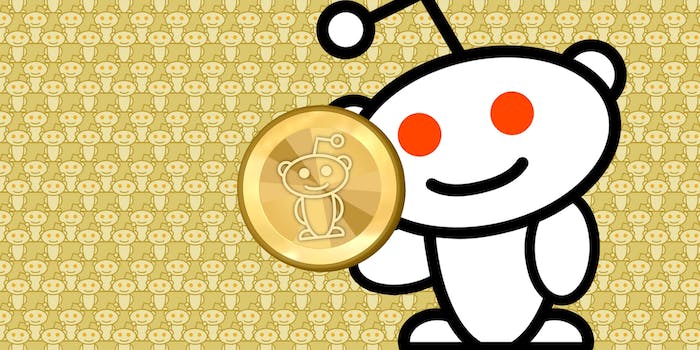 "What we are interested in doing is evaluating the cryptocurrency landscape..."

Of the dozen positions Reddit is hiring for in San Francisco and Salt Lake City, the one gig people are most curious about is for a cryptocurrency engineer.

The rather vague posting calls for someone with a background in math or computer science “to explore new technology applications and infrastructure involving the blockchain and cryptocurrency.”

Reddit CEO Yishan Wong attempted to expand on the purpose of the new position in a lengthy comment on r/redditjobs. Bottom line: The company needs someone with the coding skills and cryptocurrency knowledge for future projects, Wong said.

“We’re not interested in creating a competing ‘Yet Another <Whatever>’ if someone else is already doing it,” he added.

One of the projects redditor ymo believes this new employee will spearhead is implementing an official tipping system or creating a Reddit cryptocurrency akin to Dogecoin.

Robots like Bitcointop bot and Dogetip bot allow redditors to freely gift coins to one another using a comment or personal message. The bots are a fun alternative to Reddit’s karma system which is easily gamed and abused. This option would come at a perfect time considering the Bitcointip bot is shutting down on Aug. 31.

“A coin created and backed by reddit itself will be very profitable and I’m certain a mining operation is being built into the business model of the site itself,” the redditor added.

Reddit is also looking to hire a frontend engineer, interaction designer, and a handful of marketing positions at RedditGifts. The company is also hiring an Android and mobile engineer. The latter position was unofficially posted in late April, and Reddit is still likely on the hunt to fill this spot because of how popular third-party apps for Reddit (such as Alien Blue and BaconReader) have remained. The social news site likely wants its own product entering the fray.