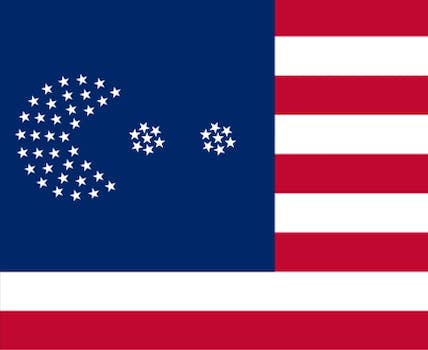 As Puerto Rico starts the process of becoming a state, redditors start designing flags to accommodate a new star.

After more than 50 years of 50 stars and stripes, the American flag may need a slight design change.

Amidst all the political hubbub Tuesday, Puerto Rico voted for the first time in its history to give up its status as a U.S. territory and become America’s fifty-first state.

The process of statehood is just beginning for Puerto Rico, and Congress has to approve the addition of any new state to the union, but that didn’t stop Reddit users from trying their hands at reorganizing the flag’s stars to accommodate number 51.

The front page post Wednesday collected more than 1,800 comments and a handful of clever flag illustrations. And who knows, maybe one of the designs will get chosen as our new flag. The current flag was designed by a 16-year-old, Robert Heft, after all.

The following are some of Reddit’s best, and funniest, suggestions so far.