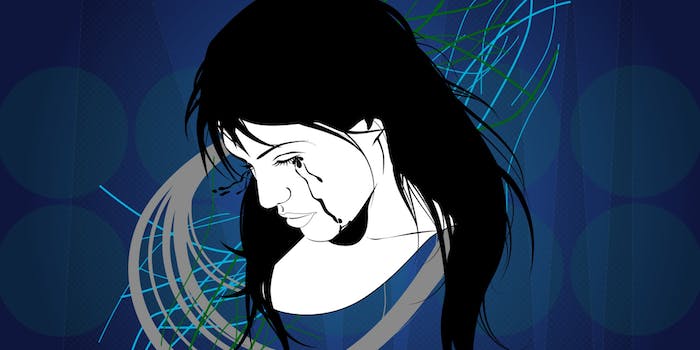 It's already a illegal to create such images in the U.K.

Though publishing images or films that promote rape or violence against women is already illegal in the UK, thanks to a loophole in the existing law, owning such images is not. Cameron’s amendment, which would target those who possess rape-themed pornographic materials, would take effect in January. The new law also entails the creation of a nationwide database that would tag and label millions of offensive images, thus making it easier to remove them from the Internet.

On its surface, the law seems like a pretty good idea. In the past, rape victims have expressed fear that their assaults would be posted online. Cameron’s law would certainly reduce the risk of that happening and would also help prevent real-life sexual predators exchanging such images.

But there’s a huge distinction between simulated and non-simulated images of this nature. And the fact remains that there’s an audience for simulated content depicting varying degrees of sexual violence against women—including women themselves. Even the most sex-positive, pro-porn feminist can harbor sexual desires and fantasies that others would deem shocking or politically incorrect, and rape fantasies are among the most common.

So in summation: will Cameron’s anti-porn initiative singlehandedly eliminate the scourge of sexual violence against women from our society? Probably not. Will it piss off a whole lot of people, including some members of the demographic that Cameron is ostensibly trying to protect? Definitely.