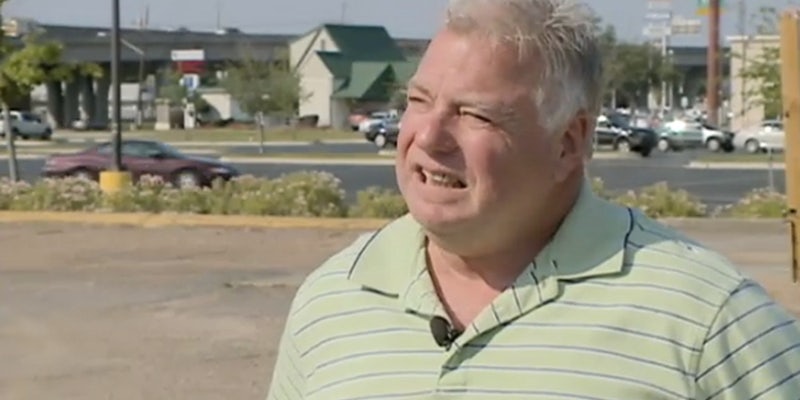 "Young Black Dogs ... need to be put down not incarcerated," advisor Mark Traina wrote on Twitter.

A school facing multiple lawsuits for allegedly unfairly transferring away its black students is investigating its school psychologist, Mark Traina, who advises in those transfers.

Using the Twitter account @MarkATraina, he has repeatedly called young black men “thugs” and blamed them for society’s ills, along with publicly defending George Zimmerman.

“Young Black Thugs who won’t follow the law need to be put down not incarcerated. Put down like the Dogs they are!” Traina wrote.

“New Orleans is the SHIT WHOLE of the SOUTH! Come to N. O. and some Black Guy will rob, rape and kill you shortly after you arrive!” he added in another tweet.

While the accounts lack of a profile picture might suggest foul play, Traina admitted to a local TV news station that the account is his, and he defended its content.

According the Southern Poverty Law Center, black students at Jefferson Parish High are transferred to alternative schools “for minor misconduct, such as disrespectful behavior, use of profanity, disrupting class and horseplay.”

If the SPLC’s claims are true, it’s bitterly ironic that the man responsible for taking black youth out of the classroom justifies his racism by saying those same young men lack education.

Neither Traina nor a representative for Jefferson Parish returned immediate request for comment.