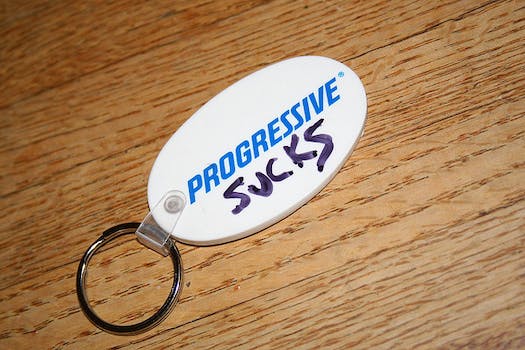 Progressive Insurance finds itself in PR nightmare on Twitter and Tumblr

Insurance provider Progressive finds itself on the receiving end of Twitter’s fury, and it doesn’t look it will be stopping anytime soon.

On Monday, comedian Matt Fisher wrote a post on his Tumblr entitled “My Sister Paid Progressive Insurance to Defend Her Killer In Court.” Fisher told the tragic story of how the insurance company allegedly did everything they could not to pay out the value of his sister’s insurance policy after her death, even going so far as to provide legal representation for the individual responsible for the fatal accident.

The post concludes with a plea to whomever is reading not to buy insurance from Progressive:

“Not only will you be paying the salaries of people who put my family through the wringer (really a smaller wringer that Progressive attached to the main wringer of my sister’s death), but also when the chips are down, your money will have bought you nothing but a kick in the face.”

The Tumblr post caught fire. As of this writing, it has 9,358 notes. And the flames jumped to the other social media platforms, too. Progressive’s Facebook page has been bombarded with links to the aforementioned Tumblr post.

But perhaps the single biggest display of backlash has occurred on Twitter. Mr. Fisher’s story caught the attention of several users with a sizeable Twitter following. Amongst them was Lord of All Nerds Wil Wheaton, who tweeted the following:

Others who chimed in include comedian/writer Alex Blagg, Rob Bricken of Topless Robot, Amir Blumenfeld of College Humor’s Jake and Amir, writer John Green, and many others.

Progressive, for their part, noticing that they had a public relations nightmare in their hand, decided to address these tweets with the following Twitlonger automated response:

The company sent the tweet sixteen times before going silent. As of this writing, the Twitlonger link is no longer available. Instead, the link leads you to a page that notifies readers that the user account has been banned.

Progressive’s recent absence from social media hasn’t killed the story, either. Late Monday night, Gawker’s Louis Peitzman wrote about the incident, which triggered yet another wave of backlash against the insurance provider. After that story went up, other notable Twitter users shed attention to the situation. Amongst them was comedian Patton Oswalt, who tweeted the following:

According to Topsy, a social media search engine, Progressive has been mentioned 64,255 times in the last 24 hours.

The Daily Dot reached out to the insurance provider for a comment, but has not received a response.

Photo via The Master Shake Signal/Flickr