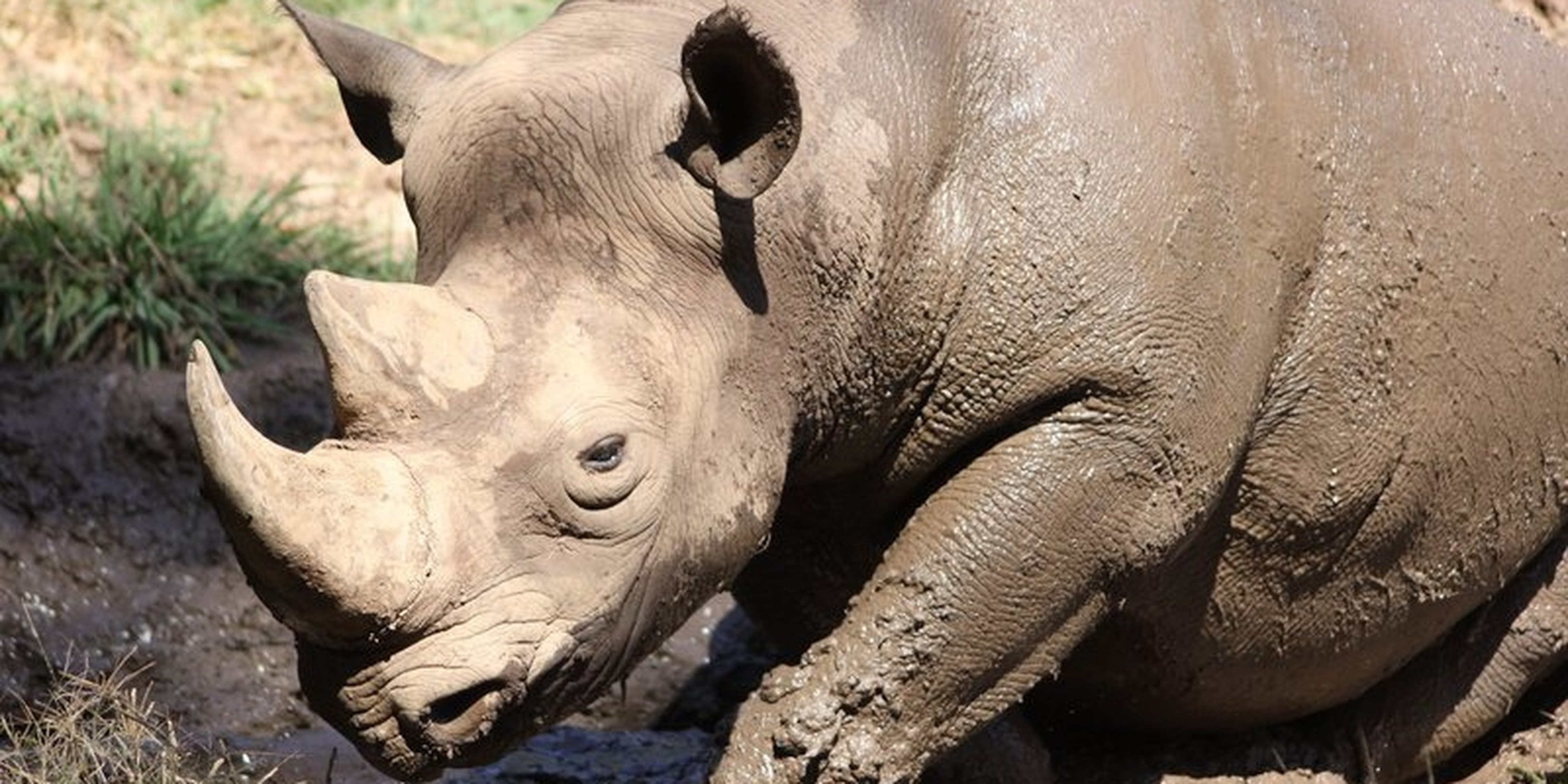 #OpFunKill won't stand for Ronnie the Rhino being hunted for entertainment.

“The more you kill, the rarer it gets!”

That wry comment about big game hunting came to us from noted naturalist and Comedy Central star Stephen Colbert back in October. He was commenting on the Dallas Safari Club‘s intention to auction off the chance to shoot an endangered black rhinoceros in Namibia.

The auction went ahead on January 11, watched by Anonymous‘s #OpFunKill, which opposes shooting animals for entertainment, as well as animal rights activists around the world. They countered the online auction with hacks of Namibian websites, doxing of club members, a YouTube video and press release, and a tweetstorm focused on the hashtag #DSCKillsBlackRhino.

That hack was an epilepsy-inducing strobing deface featuring characters from My Little Pony. Yes, ladies and gentlemen, we have reached Terror Alert: Brony.

According to Softpedia, the website for a Namibian independent newspaper was among the victims of #OpFunKill supporters, although the operatives took to social media to clarify that in that case, it was an Anon going rogue. “Apologies to all for a couple of unofficial targets being attacked in the name of #OpFunKill by one unofficial member going off on his own! We do not attack non related, non governmental, or news sites! All our official targets are valid and justifiable. Do not tag us!”

The Namibian responded dryly on its own site. “Namibian newspaper online editor Johnathan Beukes said it is unfortunate that this group does not know the difference between a government and an iconic independent newspaper.” The paper has the bad luck to share the .na domain with the government, which brought it into Anonymous’ sights.

The tweetstorm itself was tightly planned, with the hashtag itself not revealed until posted in a Pastebin document just prior to the event, ensuring nobody would jump the gun (as it were). The document says:

The “meme” that’s propagated by the DSC – A Trophy Hunting “outfit” is that killing one can save many. This is – bluntly – sheer nonsense. TROPHY HUNTING IS NOT CONSERVATION: learn more here: http://on.fb.me/1euEdGi (The Myth of Trophy Hunting As Conservation).

Wildlife experts estimate about 5,000 black rhinos roam the wilds of Africa, 1,795 of them in Namibia, where the auction hunt will take place. The Convention on International Trade has approved a sport-hunting quota of five black rhinos annually in Namibia and five in South Africa. Permits are typically issued to a safari outfitter, who sells them to hunting clients.

The tweetstorm peaked at just over 19,000 tweets, more than enough to trend internationally and catch the eye of the press. The hashtag #OpFunKill threw in another 3,000 tweets that day for good measure.

Although the auction plans first surfaced back in October of 2013, they only recently drew international attention, helped to the front page by the recent woes of the white rhino, declared extinct only days ago.

@raincoaster @dailydot Yes and it was also reported on @BBCNews. The tweet storm was phenomenal. pic.twitter.com/vJ7kkNPWLn

The black rhino at the center of this storm, an older male dubbed “Ronnie the Rhino” by anthropomorphist activists, is reportedly past breeding age and thus not able to contribute to his species’ propagation. He is, however, currently both endangered and alive, adding “1” to the number of endangered black rhinos (estimated at 4,000) and bringing us back to Colbert’s remarks.

The winning bidder, whose identity was kept confidential by the club, forked over $350,000 for the privilege of shooting Ronnie. He is reportedly a hunter guide named Corey Knowlton, who was outed by a loose-lipped rival on Facebook and then featured in an article in the Daily Mail. Knowlton’s public Facebook page shows the effects; there are over a thousand comments on his latest post, a plea for reasoned and unemotional discussion. The fingered leaker, however, strenuously denies having made the post in the first place. Presumably Mr. Knowlton possesses the skills to track down the true culprit. He posted:

“I am considering all sides and concerns involved in this unique situation. Please don’t rush to judgment with emotionally driven criticism towards individuals on either sides of this issue. I deeply care about all of the inhabitants of this planet and I am looking forward to more educated discussion regarding the ongoing conservation effort for the Black Rhino.”

And #OpFunKill were quick to respond.

Ben Carter, executive director of the club, who had his personal information leaked by #OpFunKill along with the rest of the board, told NBC News that he had received death threats via email. “A number of the emails said, ‘For every rhino you kill, we will kill a member of the club.’ It is some pretty crazy stuff.”

He called in the FBI to investigate the threats.

According to the World Wildlife Fund, the primary reason the black rhino is endangered is over-hunting by Europeans during the colonial period, which reduced the population to below sustainable levels. It has been further decimated by local unlicensed hunters who sell the rhino horn to the Asian market, where it is sought after for its supposed medicinal qualities. SaveTheRhino estimates that between 1970 and 1992 this poaching led to a 96 percent decrease in numbers for the black rhino; the population has now almost doubled from that low point.

European hunters are responsible for the early decline of black rhino populations. It was not uncommon for five or six rhinos to be killed in a day for food or simply for amusement. “DOOMED.” That was the front page headline of the UK newspaper, the Daily Mirror, in 1961, accompanied by a full-page photo of two African rhinos. The article said that rhinos were “doomed to disappear from the face of the earth due to man’s folly, greed, neglect,” and encouraged readers to support a new conservation organization: WWF.

#OpFunKill existed long before Ronnie the Rhino entered the picture, and it will likely continue after he’s been shot. It is an operation focused around opposing all entertainment hunting, and has earlier targeted GoDaddy, Seaworld, and others. But in Ronnie it found an icon it could ride right into the international headlines: CNN, NBC, the BBC, the Guardian, and even the Namibian.