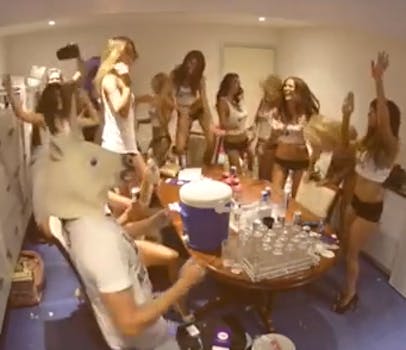 Britain’s Official Singles Charts refuse to do the Harlem Shake

Despite mounting pressure, the Official Singles Charts will not incorporate YouTube streams into its coveted rankings.

The British music industry reveled in its antiquity this morning, eschewing the adoption of video streams into its official Singles Charts in an effort to preserve the value of digital and brick-and-mortar record sales.

Last week Billboard magazine announced that it would factor YouTube views into its algorithms to determine placement on the highly coveted Billboard Hot 100 singles chart. Presumably facing pressure to follow suit, the United Kingdom’s equally respected Official Charts Company announced quite confidently that it had no plans to change its chart methodology to keep up with the changing trends in modern media, the BBC reported.

According to company managing director Martin Talbot, the decision was an easy one to make.

“The [Billboard] Hot 100 has never been a purely sales-based chart, incorporating data such as radio airplay since the 50s,” he said.

“In contrast, the UK’s Official Singles Chart has been a purely sales-based chart ever since it launched in 1952. With singles sales currently at an all-time high following nine years of continued year-by-year grown there are currently no plans to incorporate streaming information in the UK.”

That’s good news for traditionalists who wish to believe that Hot 100 charts have always been entirely ethical and straightforward and terrible news for the recent rash of musicians who have made big waves on YouTube, like Carly Rae Jepsen, Psy, and the New York producer Baauer, who’s currently at No. 1 on the Billboard Hot 100 after his “Harlem Shake” accrued more than 100 million YouTube views last week.

Instead, singer and performers who make their mark largely on YouTube will have to compete for space atop the Official Streaming Chart, which launched last year. At the time, Talbot told the BBC that incorporating streams into the Singles Chart “doesn’t make sense … because the Singles Chart is so strong.

“Never say never. I wouldn’t say that it’s unlikely that we would ever merge the two. Whether that happens in four years, five years, 10 years, 20 years, depends on how the market evolves.”

Evidently, Baauer’s “Harlem Shake” has not shaken the market quite enough.