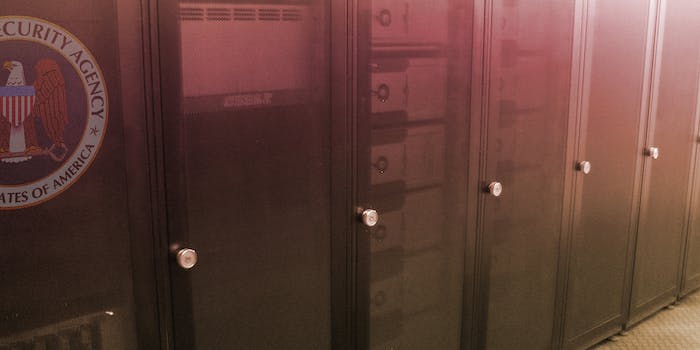 The NSA has started rejecting Freedom of Information Act requests from citizens who want to know how much of their personal information the government has collected.

After it was revealed two weeks ago that the National Security Agency collects domestic emails, chats, photos, and call records through two surveillance operations, PRISM and BLARNEY, hundreds of Americans filed Freedom of Information Act (FOIA) requests to find out what of their personal data has been gathered.

If the NSA’s response to one such request from San Francisco-based web developer Jarrett Streebin is any indicator, those FOIA filings will likely be in vain.

Curiously, Streebin never requested any telephone metadata. “That’s what’s weird,” he told the Daily Dot. “I didn’t even care about the phone stuff.” According to Streebin, on his FOIA he wrote: “I hereby request any and all documents, communication and memos relating to myself, Jarrett Lee Streebin.”

The telephone records mentioned in the letter appears to be a reference to project BLARNEY, which, according to the Washington Post, “gathers up ‘metadata’— technical information about communications traffic and network devices — as it streams past choke points along the backbone of the Internet.”

The letter explained that although PRISM and BLARNEY had been publicly acknowledged, if the NSA responded on a case-by-case basis [to requests such as Streebin’s]…the country’s adversaries would be able to deduce the particulars of the agency’s technical capabilities and sources and cause “exceptionally grave damage to the national security.”

“It looks like they just toss some boilerplate denials in a letter and send them out, Streebin said. “I plan to try a more targeted request and an appeal.”

If Streebin’s rejection is in fact a form letter geared towards those inquiring about PRISM and BLARNEY, it will likely also be received by the 500 or so citizens who filed similar FOIA requests through the website, My NSA Records.

The site’s founder, Internet activist Jonathan Corbett, told the Daily Dot that the rejection would not deter him from filing requests on behalf of its users.

“The NSA’s determination that releasing the records would release classified information is certainly challengeable in court at this point, since not only have the documents describing the data collected been released, but many officials have publicly acknowledged the data collection,” Corbett said.

“Your FOIA request is a statement to the government,” he added. “You already know what data they have.”