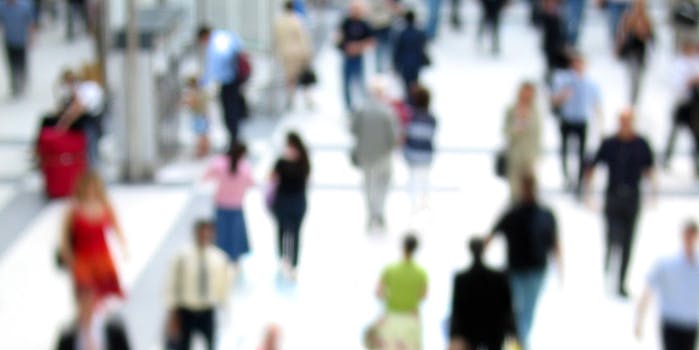 A Twitter conversation sparks debate about street harassment and escalation.

We’re sure Twitter user UJohnsmeyer probably meant well. But his defense of men who talk to women on the street may have sparked the weekend’s most engaging social commentary hashtag.

@Feminist_Inti @Karnythia ever think that maybe a guy sees a chick he thinks is hot and just wants to try to start up a convo?

Karnythia and ReinaDeLaIsla were engaged in a conversation with multiple Twitter users about a subject that is increasingly familiar to Internet denizens: street harassment and how to combat it. Apparently prompted by a recurrence of conversation around writer Tariq Nasheed, who advocates a “player” lifestyle, Karnythia tweeted the following Friday night:

Over the weekend, Karnythia and Twitter user feminist_inti went on to elaborate their thoughts on street harassment of women:

RE: dating “How to Give Your Number to that Cutie in the Coffeeshop” by @everyoneisgay https://t.co/zQL3VHjnIP OMFZLOL so cute

By the time UJohnsmeyer joined in the conversation Karnythia and others on her feed were having about problems with street harassment, there were already a number of interested participants. His comments fueled an already hot topic:

.@UJohnsmeyer @Karnythia @Feminist_Inti That’d be great, dude, if “saying hi” was just that & her “no” didn’t get her threatened/cussed out.

@UJohnsmeyer @Karnythia @Feminist_Inti And you have to remember, no one owes you conversation. Including the beautiful girl.

@UJohnsmeyer @Karnythia @Feminist_Inti The thing is, some people don’t stop at hello. They don’t stop when someone doesn’t want to engage.

@UJohnsmeyer @Karnythia @Feminist_Inti And b/c that woman doesn’t know you, she doesn’t know if you know when to give up.

@UJohnsmeyer @greendoondoon @Feminist_Inti But again, YOU yourself may just mean hello, but that woman does not know you if you do.

From there, a new hashtag was born:

The tag quickly took off, as multiple Twitter users chimed in to talk about how street harassment is rarely about simply being friendly, but almost always about establishing power over a potential victim:

The day I found out my grandmother was dying, a guy told me to smile. When I didn’t he called me a stuck up bitch. #NotJustHello

When I was a teen, a guy tried to “teach” me how to catcall, explaining “the rules:” (1/x) #NotJustHello

He told me look for a ring, an ankle chain, something that flagged her as taken so that I wouldn’t disrespect her man. (2/x) #NotJustHello

There’s no pretense on the guy side that it’s about anything but establishing & confirming power, a compliance check. #NotJustHello

I wear headphones & read books on the train. A guy pulled my headphones off to “discuss” my book with me. #NotJustHello

Says “hello” yet uses physical body of larger size or an actual car or block a door to be dominating during street harassment. #NotJustHello

The tweets quickly trended on Twitter, a more targeted and focused version of the #YesAllWomen hashtag that transformed social media discussions about sexism and misogyny in the wake of the misogynistic motivations behind the UCSB shooting.

Street/sexual harassment is about controlling the ways femme people can exist as autonomous, especially in male spaces. #NotJustHello

I used to walk alone in my neighborhood as a teen. Until a grown man with a child my age stalked me for my name and number. #NotJustHello

Out for my girl’s birthday with a group of friends. Guy got mad that we were out to dance not to meet anyone. Called us cunts. #NotJustHello

Even more alarming than the horror stories being shared on #NotJustHello is the undeniable fact that such stories are typical for women across the globe. While #YesAllWomen strove to drive home the universality of these experiences, #NotJustHello attempts to discuss the escalating quality of these interactions:

Customer once asked how many piercings I had, I said 14 atm. Then replied, “oh, 14 holes.” Get the fuck away from me. #NotJustHello

I found a lost puppy in the park, returned it to the owner. My reward was being pressed into a tree w his hand over my mouth. #NotJustHello

That time I told a dude on the subway that no, I didn’t want to talk to him; got up & walked away. He followed me & spat at me #notjusthello

The ones who escalate from veiled verbal threats to actually touching and grabbing, then screaming. #NotJustHello

It’s also highlighting the fear they induce in women because of that escalating nature:

It’s #notjusthello, it’s fear of retaliation for both responding and not responding.

It’s #NotJustHello when I have a smile I created specifically to deal with street harassment. I call it, “Please don’t kill me.”

And it seems to be getting the attention of men on Twitter:

Brothers, go read the #NotJustHello tag. If that doesn’t move something in you, I’ll pray for you.

Other men (me included) need to stand up & stop being bystanders when we see an interaction that’s #NotJustHello. Call out the problem.

For the male “not allowed to flirt” whiners, please read #NotJustHello *carefully* without feeling like the fucking victim and educate self

While it seems unlikely that the recent wave of Twitter hashtags will do much to cut down on actual street harassment, it also seems clear that the conversation is much-needed and long overdue.