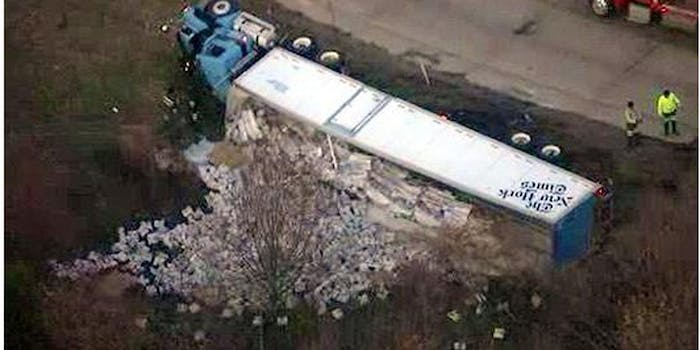 Call it a news leak.

Friday’s news dump came early. A New York Times truck, weighed down by its own obsolescence, overturned outside Philadelphia this morning, spilling a pile of newspapers that would otherwise sit on America’s stoops, collecting rain.

What's black and white and spread all over? RT @BCAppelbaum: A @nytimes truck overturned outside Philadelphia pic.twitter.com/NmNner2D6K

@BCAppelbaum @jbarro such a tragedy. if only there were some other way people could read the @nytimes.

Print is so efficient. pic.twitter.com/qOHhiiowH5

Print is dead, but I hope the driver is all right.