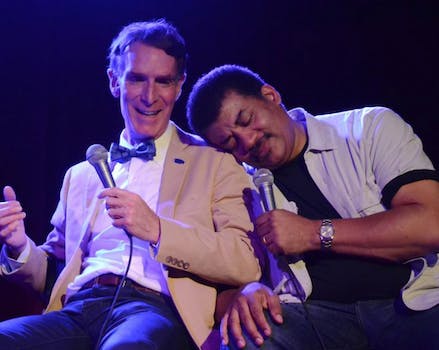 Hosted by Chris Hardwick’s Nerdist network, the weekly show will do what Dr. Tyson does best and explore all elements of space and time and the ways in which the two entities coincide.

Though the large majority of the show’s episodes will take place in a studio, “Star Talk”‘s premiere episode was filmed on location at Brooklyn’s Bell House, a cool little lodge just north of the Gowanus Canal.

It’s funny, it’s fresh, and it should hold Tyson fans over until the reboot of Carl Sagan’s critically-acclaimed space series Cosmos—hosted by Tyson and produced by Family Guy’s Seth MacFarlane—arrives in 2013.