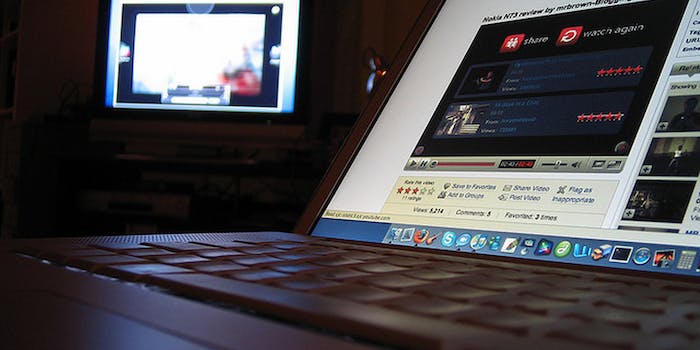 A shocking video showing the disposal of 49 headless bodies was available on YouTube for more than 48 hours.

A video showing the disposal of 49 headless bodies in Mexico was available for more than 48 hours on YouTube before being removed on Wednesday.

The shocking footage was reportedly uploaded by the Mexican drug cartel responsible for the murders and showed the group “unloading, then dumping the dismembered, decapitated” bodies in what has been called the Mother’s Day Massacre, Death By 1,000 Papercuts reported.

The number of total bodies is actually between 49 and 70 and were a result of “a power struggle between the two largest drug cartels.” The murder spree intentionally coincided with Mother’s  Day, May 10, in Mexico—”a day when some mothers marched to protest the government’s failure to stop the killings,” Yahoo News reported.

In the Associated Press news report below, commenters lashed out against the U.S. and its involvement in the Mexican drug war.

“The U.S. won’t give a fuck about this, until the cartels start moving into the states and﻿ start brutally killing white Americans,” commented SATAN1KO. “That’s when they’re gonna realize that the war on drugs is a failure, and that they’ve been helping cartels profit for years. Just you wait, pretty soon, we’re gonna find American families hanging from bridges in California, and other states. Fuck that shit we need to legalize now!”

According to a Congressional report published in 2010, Mexico is the primary source of opiates in the U.S. and “90 percent of all cocaine” entering the country.

The massacre comes about three weeks after social action group Nuestro Mexico del Futuro (Our Mexico of the Future) published a political video featuring children dealing drugs, rioting in the streets, and smuggling people into the U.S.

More than 40,000 people—including 80 journalists—have been killed in Mexico’s drug war since 2005.